“I am pleased to welcome Etienne and Nabil to APCO’s IAC,” said Staples. “We are fortunate to have their depth of expertise and strategic counsel in European and Middle Eastern policy, diplomacy and international finance to bring to our clients.”

As an official of the European Commission, Reuter served as senior advisor on the China desk of the Directorate General for External Relations, minster counsellor at the EU embassy in Japan and various roles in the competition directorate. He also published China-EU: Green Cooperation, a compilation of contributions from Chinese and European experts discussing climate change, urbanization and advocating stronger cooperation between China and the EU. He was a visiting professor at the Lee Yew School for public policy in Singapore and Tongji University in Shanghai. He is currently an advisor to international banks on EU financial regulations and strategy and serves on the advisory board of the China Policy Institute of the University of Nottingham.

“There are many complex challenges confronting the global community these days from the more immediate fragility of the global economic recovery to the longer term challenges of combatting climate change, and greater cooperation between governments and private enterprise is more important than ever,” said Reuter. “As a member of APCO’s IAC, I look forward to helping clients navigate these complex matters as they work to add greater value to business and society.”

Ayad has more than 30 years of experience training groups of diplomats and officials and has advised governments on setting up institutes for diplomatic training.  He is currently the director of The Academy of Diplomacy and International Governance at Loughborough University in the UK, and is a member of the International Forum on Diplomatic Training (IFDT), International Institute for Strategic Studies and the Royal Institute of International Affairs (Chatham House). Ayad is the founder and Rector of the London Academy of Diplomacy of the University of East Anglia’s London campus. He also founded and served as director of the Diplomatic Academy of London and headed the Department of Diplomacy and Applied Languages at the University of Westminster. Ayad developed training programs for officials from countries across the globe, including training for groups of diplomats sponsored by the British Foreign and Commonwealth Office from the Commonwealth, Central Asia, Eastern and Central Europe as well as governments including Kuwait, Iraq, Tanzania, Swaziland, Egypt, United Arab Emirates and Saudi Arabia. He has experience in establishing and presenting training programs for groups sponsored by the Chinese Ministry for Foreign Affairs, Peoples’ Liberation Army, Central Communist Party, National Development and Reform Commission, State Council Information Office and Beijing Security Police to prepare them for the Olympic Games and beyond.

He has organized 18 international symposia, “Diplomacy Beyond 2000,” with a focus on exploring and predicting emerging patterns in diplomacy in the 21st century. Throughout his career he has lectured extensively on diplomacy, international relations and security, the media and the impact of information technology on diplomatic missions and government departments.

“Governments and organizations are more conscious that with tough times ahead, they need better trained policy-capable officials to help them achieve their objectives in promoting business and trade and maintaining international security. This is precisely the training and advice that APCO has to offer especially in reputation management and branding which are crucial for governments and organizations,” said Ayad. “APCO’s IAC offers me an opportunity to advise decision- makers and suggest effective methods for business and governments to deal with the global threats and a host of complex issues confronting our world.”

“As companies continue to take on greater roles in society, even offering services once only available from governments, the need for greater corporate diplomacy will only grow,” said Reuter. “Accordingly, it will be more important than ever for senior business leaders to have a greater set of diplomatic skills than in previous generations.  I look forward to help APCO’s clients further grow their diplomatic skillsets and continuing to contribute to the greater discipline of business diplomacy.”

Reuter and Ayad grow a robust group of diplomacy and international finance experts on APCO’s IAC including: 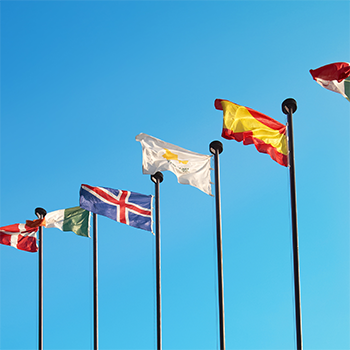