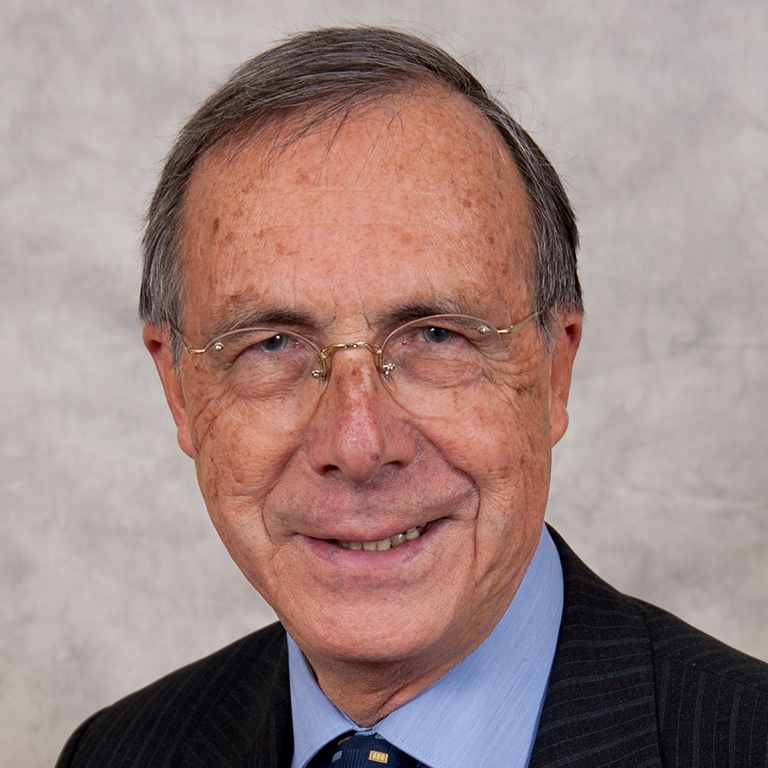 Former member of the European and Netherlands Parliaments; former EU ambassador to Japan

Laurens Jan Brinkhorst formerly served as a member of the European and Netherlands Parliaments and is a professor of international and European law and governance at the University of Leiden. He has a long and distinguished political and academic career and is an expert in European affairs.

Most recently, he served as the Netherlands’ minister of economic affairs and minister of agriculture, nature management and fisheries. Earlier in his career, Ambassador Brinkhorst served as deputy minister of European affairs, member of the House of Representatives and the leader of the Democrats 66 (D66) parliamentary party.

With the European Union, he served as the EU ambassador to Japan and subsequently as director-general for environmental affairs and nuclear safety.

In academia, he held chairs at Groningen, Leiden and Tilburg universities in the Netherlands and Lausanne, Switzerland.

Currently, Ambassador Brinkhorst is member of the board of trustees of RAND Europe; chairman of the SieboldHouse Museum, the center of Netherlands-Japan relations; and vice chairman of the Turkey Institute in the Netherlands. He is senior adviser to the director general of the European Space Agency and is a coordinator of the European Commission for a trans-European railway network.