“Our clients currently face a unique presidential campaign, and an uncertain political future. Jim’s election expertise will be of great valuable to them, both in 2016 and beyond,” said Kraus. “His distinguished career as a political advisor and leading academic gives him an unparalleled knowledge and understanding of the U.S and global political systems. We’re delighted to welcome Jim to our IAC.

Dr. Thurber has been a faculty member at American University since 1974, and founded the university’s Center for Congressional and Presidential Studies in 1979. Under his direction the center biannually organizes the Campaign Management Institute and the Public Affairs and Advocacy Institute and the annual European Public Affairs and Advocacy Institute in Brussels. During his tenure at American, Dr. Thurber served as the principle investigator of a four-year study analyzing lobbying and ethics for the Committee for Economic Development, and is currently working on international lobbying and ethics reform with the Organization for Economic Cooperation and Development.

A prominent academic, Dr. Thurber was honored as the University Scholar/Teacher of the Year in 1996, and received the 2010 Walter Beach Pi Sigma Alpha American Political Science Association award for his work combining applied and academic research. He is also a fellow of the National Academy of Public Administration, and a member of the American Bar Association’s Task Force on Lobbying Law Reform.

Thurber joins a distinguished group of political and academic experts on the IAC including: 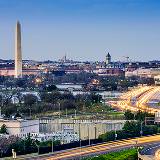