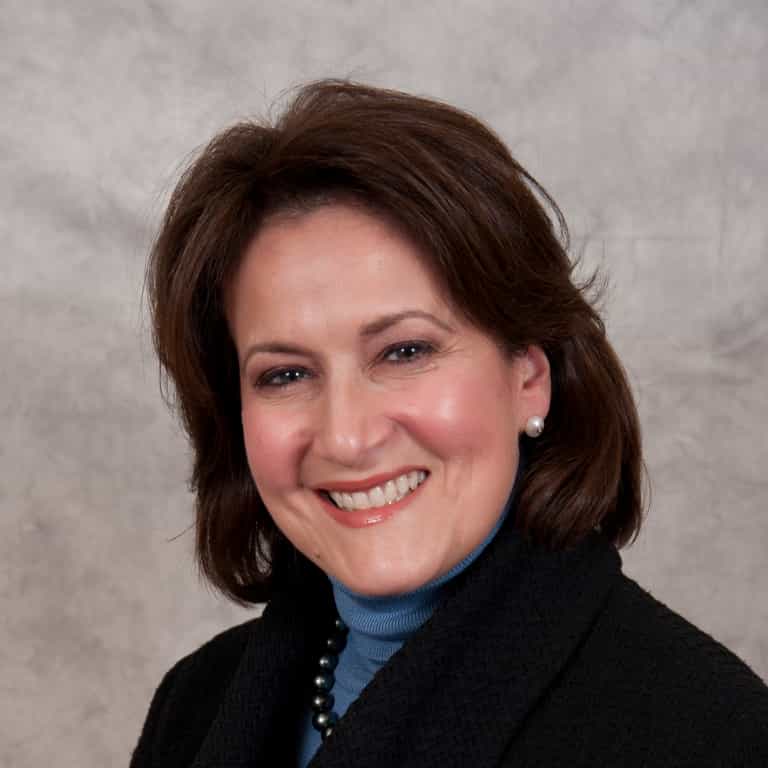 Anita B. McBride served as assistant to President George W. Bush and chief of staff to First Lady Laura Bush from 2005 to 2009, where she coordinated closely with policy-makers and worked directly with agency heads, senior White House officials and members of Congress and their staffs to advise Laura Bush on her platform for advocacy of domestic and international initiatives, including education, global literacy, youth development, women’s rights and health, historic preservation and conservation, the arts and global health. Her White House service spans two decades and three U.S. presidential administrations. She has helped coordinate three presidential transitions.

In previous roles under President George W. Bush, Ms. McBride served as senior advisor in the U.S. Department of State’s Bureau of International Organizations, where she was responsible for recruiting American candidates for positions in the United Nations agencies. She was also the department’s senior advisor to the secretary and White House liaison, managing presidential appointees through the confirmation process and overseeing the selection of American delegations to international summits and conferences.

Earlier in her career, Ms. McBride was director of White House Personnel under Presidents Ronald Reagan and George H. W. Bush.  She also was director of the speaker’s bureau at the United States Information Agency.

She presently serves as a senior advisor to the George W. Bush Institute and was recently named executive in residence at the Center for Presidential and Congressional Studies in the School of Public Affairs at American University in Washington, D.C.  She is the current chair of the J. William Fulbright Foreign Scholarship Board.

Ms. McBride is a member of the U.S.-Afghan Women’s Council, a historic public-private partnership among the U.S. and Afghan governments, Georgetown University and private-sector institutions that help Afghanistan’s women rebuild their country and reclaim their place at the center of post-Taliban society.  She is also a member of the Presidential Advisory Council on HIV/AIDS and serves on the board of the National Italian American Foundation.