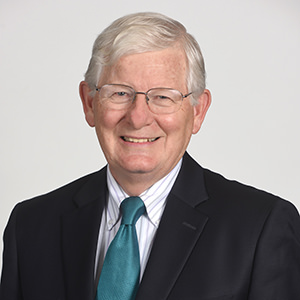 James A. Thurber is professor of Government and founder and director of the Center for Congressional and Presidential Studies (CCPS) at American University in Washington, D.C.

Dr. Thurber has been on the faculty at American University since 1974 and was honored as the University Scholar/Teacher of the Year in 1996. He was awarded the Senator Mark O. Hatfield Public Policy Scholar of the Year for 2013 by Portland State University and also received the 2010 Walter Beach Pi Sigma Alpha American Political Science Association award for his work combining applied and academic research. He was given the 2010 School of Public Affairs award for Outstanding Scholarship, Research, and Professional Contributions. He is a Fellow of the National Academy of Public Administration and is a member of the American Bar Association’s Task Force on Lobbying Law Reform.

He previously served as legislative assistant to U.S. Senator Hubert H. Humphrey, U.S. Senator William Brock, U.S. Senator Adlai Stevenson III, and Representative David Obey. He was Director of the Washington, D.C. based Human Affairs Research Centers of the Battelle Memorial Institute and served as acting Dean of the School of Government and Public Administration at American University.