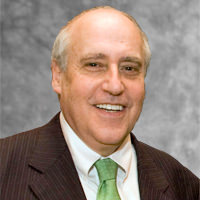 The Twin Crises of Food and Climate

Diet-related Diseases Pose a Major Risk for Covid-19. But the U.S. Overlooks Them.

How can the Food Industry Come Back Stronger from the COVID-19 Pandemic?

Prior to joining the Aspen Institute, Secretary Glickman was chairman of the Motion Picture Association of America, Inc. (MPAA) and director of the Institute of Politics at Harvard University’s John F. Kennedy School of Government.

From 1995 to 2001, Secretary Glickman served as U.S. secretary of agriculture, where he led the department in administering farm and conservation programs; modernizing food safety regulations; forging international trade agreements to expand U.S. markets; and improving its commitment to fairness and equality in civil rights.

Before his appointment as secretary, he served in the U.S. House of Representatives for 18 years, representing the 4th congressional district of Kansas. During that time, he was a member of the House Agriculture Committee, including six years as chairman of the subcommittee with jurisdiction over federal farm policy issues. He was also an active member of the House Judiciary Committee; chairman of the House Permanent Select Committee on Intelligence; and a leading congressional expert on general aviation policy.

Earlier in his career, Secretary Glickman was president of the Wichita School Board; partner in the law firm of Sargent, Klenda and Glickman; and trial attorney at the U.S. Securities and Exchange Commission.

Secretary Glickman is currently a member of the Kansas and District of Columbia Bars, Council on Foreign Relations, the Academy of Motion Picture Arts and Sciences, and the Council on American Politics at The Graduate School of Political Management at The George Washington University; is a senior fellow of the Center on Communication Leadership and Policy at the USC Annenberg School for Communication & Journalism; and is vice-chair of the World Food Program-USA.

He is also on the board of directors of the Chicago Mercantile Exchange; Food Research and Action Center, a domestic anti-hunger organization; Issue One, an organization promoting democratic institutions in America; and the Center for U.S. Global Engagement, where he is chair of the U.S. Global Leadership Coalition. Additionally, he co-chairs the Chicago Council on Global Affairs’ global agricultural development initiative, as well as an initiative of eight foundations administered by the Meridian Institute that looks at long-term implications of food and agricultural policy. Secretary Glickman is also adjunct professor of food and nutrition at the Tufts University School of Nutrition.

Secretary Glickman received a bachelor’s degree in history from the University of Michigan and a Juris Doctor degree from George Washington University.

Published Works:
Laughing at Myself: My Education in Congress, on the Farm, and at the Movies (University Press of Kansas 2021)