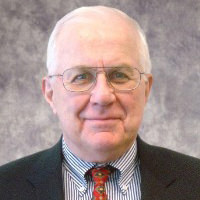 Richard V. Allen is an international business consultant. He is a senior fellow at the Hoover Institution on War, Revolution and Peace, Stanford University. He is a member of the advisory board of the Center for Strategic & International Studies, the board of trustees of The Intercollegiate Studies Institute and the Council on Foreign Relations, the advisory board of The Nixon Center, the Defense Policy Board of the Department of Defense, and the National Security Advisory Group.

Mr. Allen served as assistant to the president for national security affairs during the first year of the Reagan administration and was his chief foreign policy advisor. He was deputy assistant to the president of the United States and deputy executive director of the Council on International Economic Policy. In 1968, he was chief foreign policy coordinator for the campaign of Richard Nixon and was senior staff member of the National Security Council.