“Marc is a leader who embodies the best of APCO’s values and enterprising spirit, in this new role he is poised to continue the tremendous growth we’ve seen in our New York office,” said Staples. “Beyond his proven management capabilities, he brings a set of skills that are in high demand not only in New York, but across the globe: a public affairs mindset, extensive corporate and branding experience, and an intuitive client-centered approach infused with expert digital knowledge. We have been lucky to have him on our team for the past decade, and are thrilled to have him in this new role.”

Johnson joined APCO in Washington, D.C. in 2008 from Mindshare Interactive Campaigns. At Mindshare, he led digital strategy and advocacy campaigns for prominent national organizations and causes.

In many ways Johnson is a perfect metaphor for the development of APCO’s New York presence. He was an innovator in bringing digitally infused public affairs methods to our Washington office and transformed that knowhow to the corporate and consumer practices based in New York.  He is one of the industry’s sharpest minds when it comes to applying data, targeting and social influence to bringing quantitative insights and efficient amplification of client messages, and has developed innovative and winning strategies for numerous companies and brands across a wide range of sectors. Johnson’s work, which earned him recognition as one of PR Week’s 40 Under 40 in 2015, has also had international impact, resulting in global leadership positions within APCO and leading key client accounts.

“I’ve been lucky to work with an amazing, dynamic and bold team in New York over the years, and it’s an honor to take on the role of managing director,” said Johnson. “This is an exciting time to be at APCO. Our clients are demanding more, and we’re rising to meet that challenge every day. We’re going to keep innovating, keep experimenting and keep delivering at the highest level possible.”

Johnson’s appointment continues APCO’s record of success in shaping and retaining talent and promoting from within, and ensuring it leads the industry in building a truly diverse and dynamic base of talent at all levels. 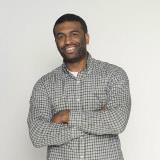