“Ken has a proven track record as one of the most effective communicators in our industry,” Kraus said. “His experience leading global corporate communications efforts strengthens the counsel we provide to our clients as they face a complex, ever-changing world. We’re delighted to welcome Ken to our IAC.”

Nasshan currently heads his own firm, advising clients that specialize in the defense, high tech and international arenas.

Throughout his career, Nasshan has guided Kaman and other businesses through significant crisis events, including aviation accidents, environmental crisis, mergers and acquisitions, governmental investigations, CEO transition, and activist investors and corporate governance.

Nasshan joins a distinguished group of corporate communications experts on APCO’s IAC including: 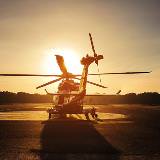