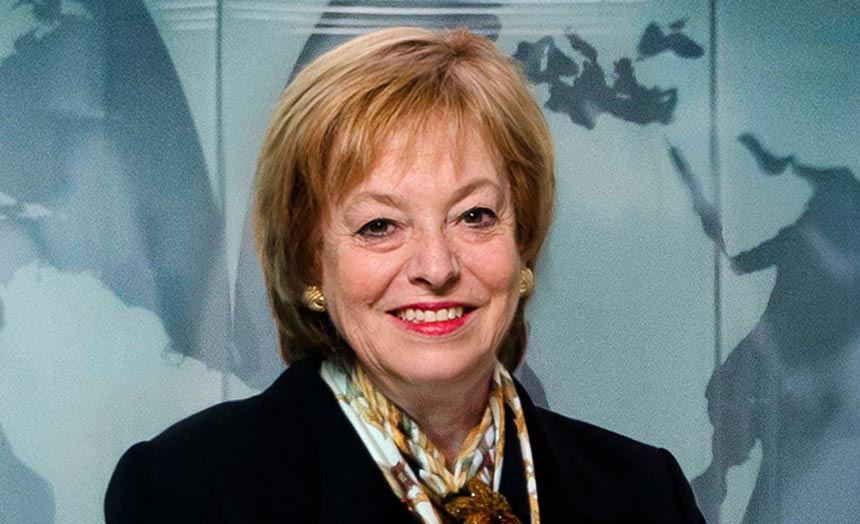 Steps that Organizations and Individuals can Take to Create a Sustainable, Supportive Workplace

Margery Kraus is founder and executive chairman of APCO Worldwide, a global advisory and advocacy communications consultancy headquartered in Washington, D.C. She specializes in public affairs, communication, and business consulting for major multinationals. Ms. Kraus founded APCO in 1984 and transformed it from a company with one small Washington office to a multinational consulting firm in major cities throughout the Americas, Europe, the Middle East, Africa, and Asia.

In September 2004, Ms. Kraus led a management buyout of her firm, making APCO one of the largest privately owned consulting firms in its field in the world and the largest that is majority women owned. APCO was built almost entirely through organic growth. Throughout the years, Ms. Kraus achieved this by fusing the best local talent and experience with a global perspective and best practices, resulting in an international firm with a unique culture based on seamless teamwork and common values.

Ms. Kraus has deep expertise in providing strategic counsel on issue-based communication, crisis management, market entry, and corporate reputation across diverse industry groups. The range of her experience is reflected in APCO’s industry practice groups. In addition, she pioneered one of the industry’s earliest practices in corporate responsibility and the development of public/private partnerships. Prior to starting APCO, Ms. Kraus assisted in the creation and development of the Close Up Foundation, a multimillion-dollar educational foundation sponsored in part by the United States Congress. Ms. Kraus continues to be involved with the foundation by serving on its board of directors.

Ms. Kraus is active on other institutional and corporate boards and committees. She is chairman of the board of the Women Presidents’ Organization; serves on the international advisory board of Tikehau Capital, the social responsibility advisory board of Univision Communications Corporate, and the advisory board of Enterprising Women magazine. She also serves as a trustee of American University, the Catherine B. Reynolds Foundation, and the Institute for Public Relations. She serves as interim chair of the WAMU Board of Advisors.

She previously served as a trustee for Northwestern Mutual for more than a decade. In addition, she is a past chairman of the Public Affairs Council and the board of directors of the PR Council. She also served on the advisory board of the J.L. Kellogg Graduate School of Management at Northwestern University, as well as the steering committee of the school’s Center for Executive Women.

Ms. Kraus has been married to her husband, Steve, for more than fifty years, is a mother of three, and has nine grandchildren. She is the author of Roots and Wings: Ten Lessons of Motherhood That Helped Me Create and Run a Company.