This piece was originally published in Diplomatic Courier for International Women’s Day.

According to the 2021 Global Gender Gap Report, the United States ranks 30th out of 156 countries for progress toward closing the gender gap. As we celebrate Women’s History Month, we often take this time to celebrate not only the accomplishments of women but the progress that’s been made in the last century toward achieving gender equality.

As the founder of the world’s largest-woman-owned independent advisory and advocacy communications consultancy, making space for and empowering women in the business sector has always been at the forefront of my mission.

And while certainly strides have been made—2020 marked the 100-year anniversary of the 19th amendment—we need to reflect and ask ourselves: how are we really doing? Where can we be doing better?

Since the start of the pandemic, we have seen seismic shifts in the country’s social consciousness around race, inequality, and systemic impediments to equity. So, as we look through that lens this month, we should try to be honest about how women of all identities are treated throughout American society. We need to work toward the advancement of all women in society and ensure our conversations about gender equality overlap with the systemic conversations we are having about race, disability access, LGBTQIA+ inclusivity, and socioeconomic privilege.

The barriers women face in society are innate to life. The maternal mortality rate in the U.S. is the highest among developed nations and most of the deaths are preventable. COVID-19 exacerbated this, especially in lower-income communities. When hospitals are overwhelmed and resources must be reallocated, it becomes even more difficult for women to get the care they need.

There has also been increased reliance on women on the front lines of health care. The same health care workers that carried us through pandemic are burned out, yet they continue to work in overwhelming conditions. In the United States, three-fourths of health care jobs are filled by women. This is especially true in caregiving roles, such as nursing, where women make up 89% of registered nurses. Overall, women—especially women of color—are far more likely to hold these more hands-on caregiving roles rather than leadership or diagnosing roles.

Federal policy isn’t leading change either. Unlike many G20 countries, the United States lacks a federal paid family leave policy. Families grapple constantly trying to balance work and family life—a challenge made worse by school and childcare closures brought about by the pandemic. This doesn’t even consider the weight of unpaid labor in the home that women often bear.

With the lack of legislative action, it falls to leaders of business to install policies that allow women to thrive. Businesses need to ensure that women are not only able to balance work and family, but that there are clear paths to leadership in every industry for women and mothers. But again, U.S. policy is behind other nations in encouraging businesses to make change. For example, since as early as 2012, the European Union has been championing legislation that mandates registered companies meet a quota of 40% women for non-executive positions on company boards. Eighteen countries have adopted some form of this legislation.

In the United States, women face a constant uphill legislative battle for not only representation, but protection as well. We are living in a time of great politicization, particularly the politicization of health care, and the question of what really constitutes bodily freedom is hotly debated. And while people contest newer issues like mask mandates and vaccine recommendations, we are also relitigating matters that were once considered settled law. If Dobbs v. Jackson Women’s Health overturns Roe v. Wade, women will lose access to critical health care services that have been federally protected for nearly 50 years. After all, how can a facemask cause a greater amount of vitriol than a massive loss of reproductive freedom?

In moments like these, where hypocrisy is loud and empathy feels distant, the fight toward gender equality seems insurmountable. It’s exhausting to work to knock down barriers for them only to be constantly reassembled around you.

As leaders, we must not delude ourselves into thinking that women aren’t still having to fight for every bit of progress or that we are anywhere near achieving gender equality—and these fights are even harder for women of color, women with disabilities, queer women and every other intersectional identity. We must take care to lift up all women and ensure that our successes are inclusive in order to equitably and meaningfully create progress. The fight for true gender equality is nowhere near over and it falls to each one of us to continue to construct environments that catalyze progress. Let’s use this International Women’s Day to rededicate ourselves to keep moving forward. 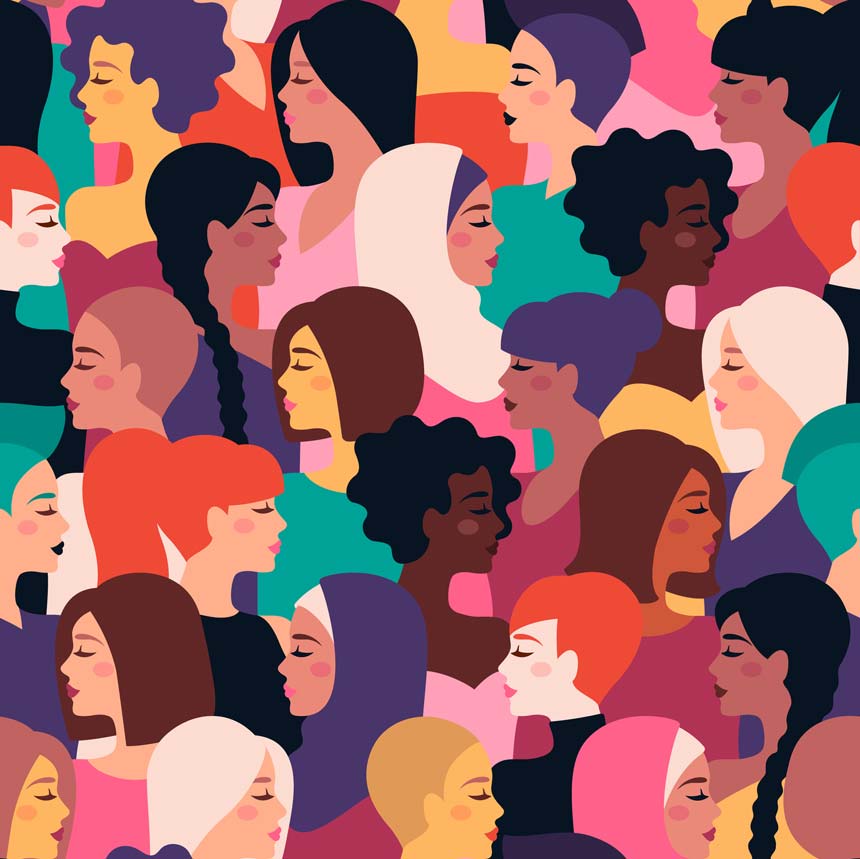