“I’m honored to welcome Frank to the IAC,” said Margery Kraus, founder and executive chairman of APCO Worldwide. “Frank provides the wisdom and experience that our clients increasingly want; a deep first-hand knowledge of the EU, NATO and United Nations; and the deft ability to navigate today’s complex global environment.”

Majoor has more than 40 years of experience in foreign affairs. He previously served as secretary-general of the Netherland’s Ministry of Foreign Affairs and was the Ministry’s ambassador-at-large from 1999 – 2000. Within the Ministry Majoor performed a variety of roles including director of the Security Policy Department.  Before that Majoor served as  first secretary (political matters) and minister plenipotentiary (economic and financial matters) at the Netherlands Mission to the United Nations in New York.

From 1997-1999 Majoor served as ambassador, permanent representative of the Netherlands to the Conference on Disarmament in Geneva, Switzerland. He also served in the Netherlands embassies in Bonn, Germany and Dar es Salaam, Tanzania.

“I’m thrilled to join APCO’s IAC and be part of this esteemed group of thoughtful and accomplished leaders. I look forward to working with the APCO team and with their diverse set of high-profile clients who are tackling some of the biggest issues of our time,” said Majoor.

Majoor holds a master’s degree in civil law from the University of Leiden and received his diplomatic training from the Ministry of Foreign Affairs and the Institute for International relations in The Hague.

Majoor joins a renowned group of senior diplomacy leaders on APCO’s IAC including: 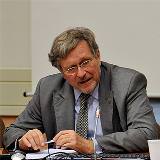