“Mary’s knowledge of the aerospace and defense industries and the important role public affairs plays on a daily basis is second to none,” Kraus said. “Her expertise will help our clients navigate an increasingly complex landscape and prepare them for success in the years to come.”

During her time with Boeing, Foerster was responsible for the implementation of all domestic and international communication activities with employees, government and commercial customers, shareholders and other key audiences.

Prior to joining Boeing, Foerster was a senior executive at Hill and Knowlton and Burson-Marsteller, where she had management responsibilities in major American and European markets such as Washington D.C., Frankfurt and London. At Burson-Marsteller she helped to establish operations in Hungary, Poland and the Czech Republic, and developed communications strategies for Western companies acquiring or establishing local companies. Foerster has also been involved in strategic communications planning for major global corporations including GE, Philip Morris, Ford and Toyota.

“Working with the IAC will be an exciting new experience, and I’m looking forward to contributing to APCO’s global corporate communications offerings,” Foerster said. “I’m eager to use my experience to help clients solve complex issues, especially communication strategies for corporate transnational acquisitions.”

Foerster joins a distinguished group of corporate communication industry veterans on the CCS including: 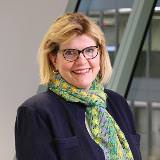