United Airlines, Wells Fargo, PwC – just a few companies recently hit with reputational issues either captured by social media or led by conversations in social media. Social media fueled corporate reputation crises are becoming an everyday part of the news cycle. A new survey from APCO Insight reveals some interesting trends on the U.S. public’s perceptions of the power of social media.

Changing Habits of the Public:  Starting the Day with Coffee and News Social Media

The results of an online survey of 1,013 adults from June 12-13, 2017 indicates that social media is becoming the public’s key channel for information on current events and often the source they consult first thing in the morning. For about a third (28%), checking social media sites is the first thing they do each day when using their smartphone for the first time. Moreover, just over half (54%) of the U.S. public says they often get news on current events from social media sites – just slightly more than those who say the same about newspapers/news websites (45%). This data suggest that in good times or bad, a company needs to be aware of the changing times and ways in which their stakeholders are consuming information and staying informed.

Who is Driving the Conversation?

Our survey also reveals that the U.S. public feels empowered to use their smartphone or social media to document or talk about a company wrongdoing – presenting a potential risk to any company’s reputation. Roughly three-quarters (77%) in our survey agree with the statement “my smartphone empowers me because it allows me to take a video or photo of a situation I may experience or witness.” Another 62% say they will say or post something on social media if they hear about a company doing something that they think is wrong. Documenting with video or posting something on social media is becoming a primary method consumers are using to “fight back” against perceived societal wrongs. For any company – consumer-facing or not – this capability opens-up the company to the possibility of any issue quickly spiraling out-of-control.

The findings from APCO’s survey expose a silver-lining of this shift toward a ubiquitous presence of social media. Our results indicate the public perceives social media as a direct line of communication to a company, as well as a source of influence on their opinions. About two-thirds (69%) agree that social media gives them a direct line of communication to talk to a company and a similar proportion (68%) agree that the information they see about companies on social media influences their perception of the company.

While social media poses a potential risk for any organization, companies that use social media effectively are facilitating an open and influential channel to stakeholders that matter.

Q1. Please rate your overall impressions of the following industries

Q2. Please rate your overall impressions of the following companies.

Q3. How often do you get news on current events from…

Q4. On an average day, when you use your smart phone for the very first time in the day, which of the following, if any, are you most likely to do first?

Q6. Please indicate if you agree or disagree with the following statements.

Q7. Which are you most likely to believe/read/pay attention to?

Q8. Some people have heard about these events, but others have not. How familiar, if at all, are you with the following events?

Q10. Given recent events involving the airline industry, how likely are you to book a flight for your next trip? 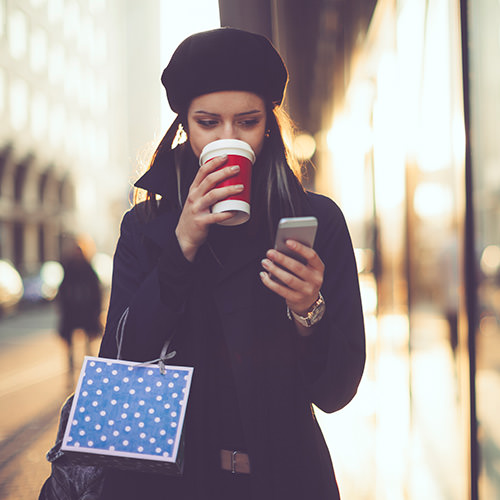