On March 24, APCO co-sponsored a webinar with the U.S. Chamber of Commerce assessing initial takeaways of the previous day’s election in Israel, with attention to business and political implications. The discussion was co-moderated by Roi Feder, APCO’s head of APCO Global Solutions and London interim managing director and Josh Kram, executive director for Middle East affairs at the U.S. Chamber of Commerce, and featured Mara Rudman, executive vice president for policy at the Center for American Progress, Koby Benmeleh, Bloomberg News bureau chief for Israel and the Palestinian Territories, and Ido Aharoni, veteran Israeli diplomat and member of APCO’s International Advisory Council.

The panelists addressed the political gridlock perpetuated by this week’s election, in which neither incumbent Prime Minister Benjamin Netanyahu and his allies nor the bloc dedicated to replacing him secured a decisive majority. Participants noted that the near-identical outcomes after four elections in two years point to increasing societal polarization and reluctance in the political system to compromise, mirroring trends found in other countries in the contemporary era. Also analyzed was the lack of policy in the election campaigns and the deadlock’s adverse impact on long-term strategic planning and budgeting for key national objectives in areas such as infrastructure, public health and education.

Participants examined prospects for business growth and opportunity as a mostly-vaccinated Israel seemingly emerges from the coronavirus pandemic and re-opens broad sectors of the economy. On this point, the conversation addressed systemic imbalances in the Israeli economy and tech-driven culture that could complicate post-COVID-19 growth. One such concern is the widening of the digital gap in Israel, with a tech-savvy and globally-connected class of “haves” versus the socio-economically weaker and less mobile “have-nots” who have benefited far less from Israel’s innovation-driven “start-up nation” culture.

The discussion concluded with commentary on the election’s implications on Israel’s geopolitical position and the prospects for leveraging Israeli tech innovation and creativity in the wake of the Abraham Accords and growing regional integration. Perspectives were also given on expectations on relations between the next Israeli government and the Biden administration on issues such as the Israeli-Palestinian peace process and Iran.

With a lack of clarity on whether a new government can be formed in the aftermath of the March 23 election, panelists agreed to reconvene should a fifth Israeli election be held in the coming months. 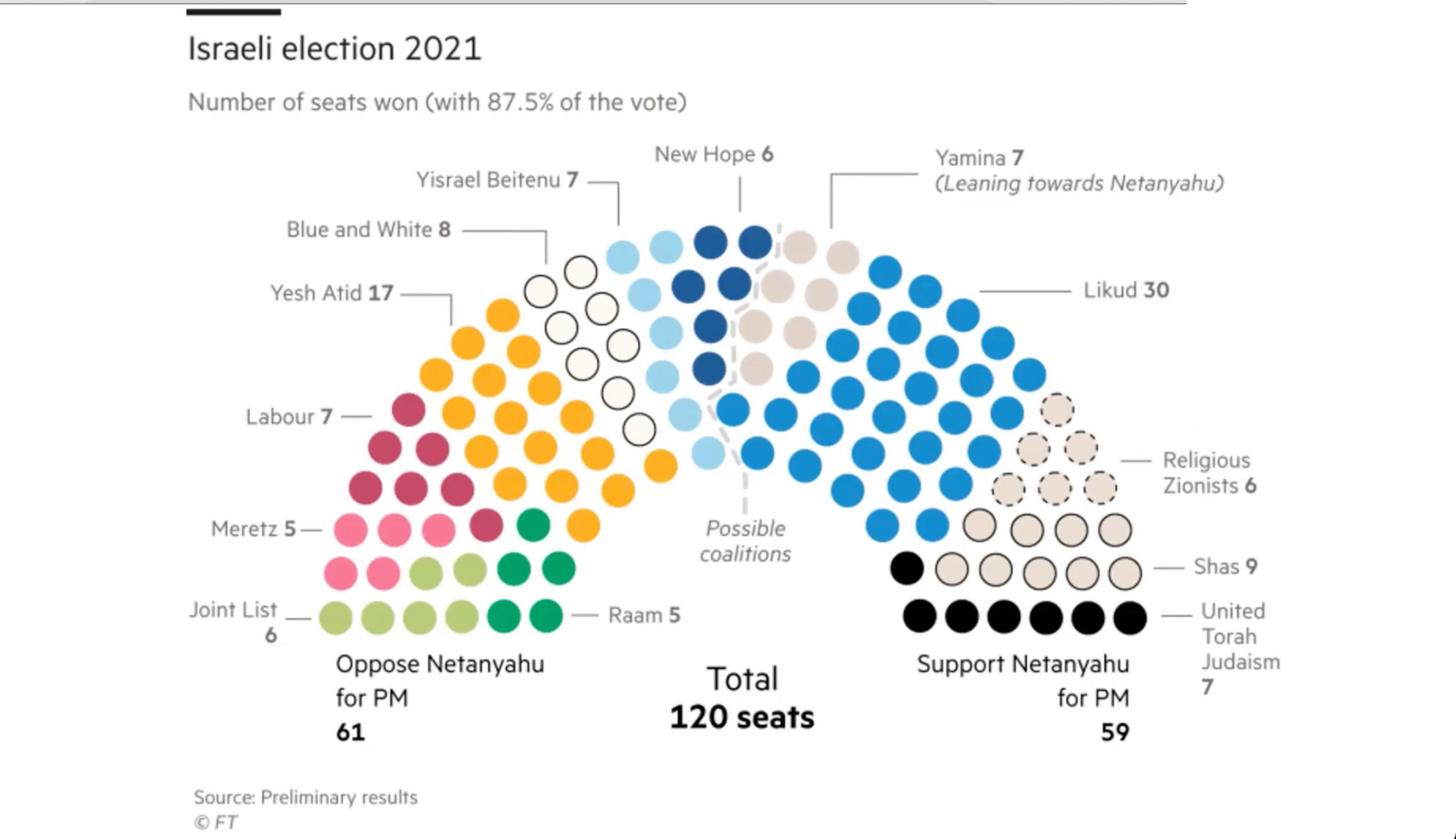