The global business and policy communities are growing confident in the potential for hydrogen to play a crucial role in our energy future. The technology is not new, but high production costs have held it back for decades. However, interest in hydrogen is rising rapidly—particularly interest in its clean variant, “green hydrogen”—due to three factors: production costs are decreasing, there is a strong global commitment to counter climate change and recent geopolitical developments have raised new concerns about the stability of fossil fuels.

The number of new, large-scale hydrogen projects announced globally is increasing and, according to the Hydrogen Council, has surpassed 500. According to the same source, this growth translates into a total investment projection of USD 160 billion through 2030, most of them in renewable and low-carbon hydrogen production.

Policy interest reinforces this investment trend, and several countries are launching initiatives to promote hydrogen production. Japan was the first country to adopt a national hydrogen strategy in 2017. The EU issued its own in 2020, identifying hydrogen as a key priority for achieving the European Green Deal. The Union’s energy powerhouse, Germany, is also pushing its national strategy, galvanized by the new “traffic light coalition” that prioritizes the energy transition. India launched its hydrogen policy this February to become the cheapest green hydrogen producer globally. China has progressively included long-term hydrogen promotion initiatives in its policies. The United States is committed to reducing the cost of clean hydrogen by 80% to $1 per 1 kilogram in a decade. Across the board, the business case for green hydrogen is getting stronger, and policymakers are understanding and promoting it.

Here are three pieces of advice for both established and new hydrogen players to seize opportunities through strategic communications:

The conversation on green hydrogen has increased in volume, but it is still relatively low. This lack of widespread awareness about green hydrogen, despite the increase in volume of conversation, has direct implications on a firm’s communication: when reaching out to new audiences, not only do they need to articulate their profile as a company but also to explain and articulate what green hydrogen means and does. There is also an opportunity here: according to our data analysis, 85% of the online conversation is neutral in sentiment, 14% is positive, and only 1% is negative. There is a blank slate for green hydrogen players to tell their story in a predominantly neutral environment and gain reputational capital now that the conditions are favorable. Large audiences interested in sustainability and climate issues, for now, would be receptive to green hydrogen’s climate-friendly messages. However, we can also expect that firms will face increased scrutiny as awareness grows and the industry develops. Establishing a connection with the community now and getting in sync with audiences to build reputational capital will bring high returns in the long term.

Grow together as an industry

At this stage in time, the primary audiences of several green hydrogen firms are the investors and the business community. They compete to gain their attention, show progress in projects, build trust and increase global interest to attract further investment. But the market is still in an early stage, and awareness is low. The opportunity here is to focus on where cooperation can take place to benefit everyone. For example, partnering on educational programs and collectively explaining green hydrogen’s benefits and potential opens up opportunities for all players. Industry bodies and global platforms can play a crucial role in bringing together industry leaders and connecting them to larger audiences.

Look ahead and monitor the geopolitics

According to analysts, energy exporters and importers could trade over 30 percent of hydrogen across borders by 2050. This can reshape the century-old balance of power between oil- and gas-exporting countries and those that rely on them. Today, governments are establishing bilateral energy relations around hydrogen. Similar to natural gas markets, countries are likely to assume specific roles in this new hydrogen economy based on their resource endowment and infrastructure potential. We are witnessing an expanding network of hydrogen trade routes, plans and agreements. Geopolitics will have a significant role in how this energy source will be produced and distributed across the world. And when geopolitics is at play, firms operating in cross-border sectors have to navigate a myriad of threats—politicized regulatory actions, trade tariffs and boycotts—as they risk being weaponized in fights between countries.

Communications leaders will need to clearly understand the power dynamics that will underpin this market and need to stay ahead of the curve to address changes and mitigate risks. Political capital built now—in the form of trusted, long-term relationships in target markets—can help gain an early “social license to operate” and minimize risks in the future. 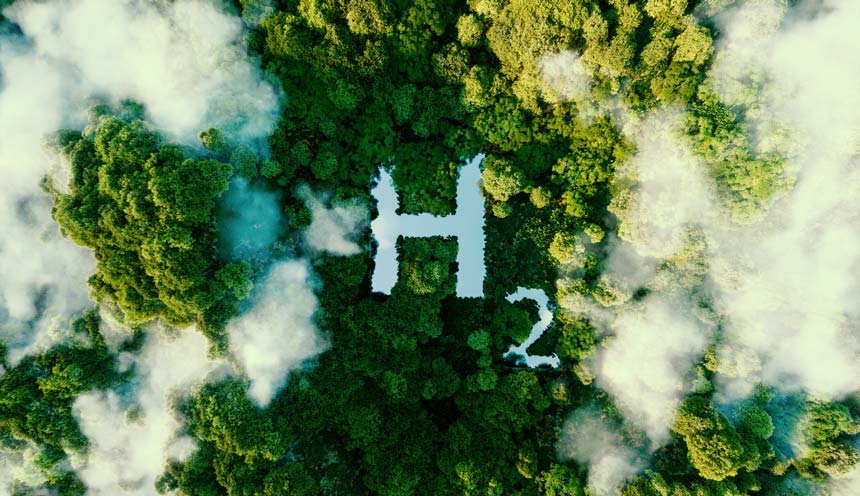