Agility is key for businesses, organizations and governments to be successful in today’s complex and interconnected global environment. The speed of innovation requires agility and adaptability from all parties and from all angles. Agility today starts from the top. For organizations to be truly agile, they must have an active leadership.

To better understand leadership in 2019, we surveyed a select group of 23 members of APCO’s International Advisory Council (IAC), and asked them to share their perspective on the current state of global leadership.

When asked to identify the biggest challenge facing leaders today, the surveyed IAC members identified the ability to adapt to change (52%) and understanding outside influences and disruption (44%) as the most-pressing challenges leaders will encounter in 2019.

When asked who is best prepared to lead on major global issues, 70% of the IAC members in the survey indicated that corporations are most ready to take charge. This response ranked higher than multilateral institutions (14%), mass movements of citizens (8%) and even individual governments (8%).

The IAC members were also split when asked to identify one leader who will stand out in 2019. United States Speaker of the House Nancy Pelosi was the most common answer, receiving 22% of the responses.

Craig Fuller, a White House veteran, said that Pelosi “may be strongest Speaker we’ve seen who stands up to a President.” Spencer Boyer, a former intelligence officer at the U.S. National Intelligence Council, shared that sentiment, saying that Pelosi “will be the most important check on President Trump’s executive powers” moving forward. Orit Frenkel, former senior manager for GE Global Government Affairs, identified Pelosi because she “will determine the actions of Congress and the Democrats for several years to come.”

Tesla’s Elon Musk and Apple’s Tim Cook were the two most popular corporate leaders identified by IAC members in the survey.

Vada Manager, former senior director of global issues management for Nike, chose Cook because Apple’s “ongoing challenges in China marketplace may be instructive for other companies.”

Ido Aharoni, global distinguished professor at NYUs School of International Relations, chose Musk because “with multi-lateral institutions on the verge of conceptual and financial collapse, corporate leaders who are trying to do the right thing and lead to a world of business as ‘a force for good’ will capture our imagination with their bold vision and extraordinary executional capabilities.” 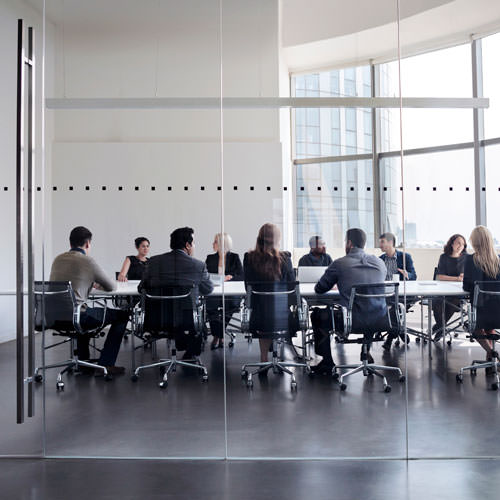