Enhanced VP Powers Could Make it Easier to Coordinate Related Mandates – Not All Convinced, However

The poll, conducted by APCO Insight, the opinion research group of APCO Worldwide, was conducted before the new Commission was announced and asked respondents drawn from across the EU institutions, NGOs, Brussels-based media and others their view on the impact of this change on the Commission’s ability “get things done.” Around one in two felt this would be enhanced due to the ability of Vice Presidents to organize the work of other Commissioners towards common goals (49%). A lower share – around a third (32%) – took the opposing view, saying that the Commission’s work would be slowed due to the ability of Vice Presidents to block initiatives from other Commissioners.

Q. As you may know, there will be a new EU Commission taking office in November 2014. In the “Juncker Commission,” each Vice-President will be in charge of a particular project, and will co-ordinate the work of more “Junior” Commissioners working under them. Any bills originating from a “Junior” Commissioner, will need the approval of “their” Vice-President to move forward. Which of the following statements comes closest to your view on this change?

“Inevitably, a lot of the attention around Juncker’s new Commission was focused on individuals,” said Chris Levy, APCO Insight’s new director in Europe. “It is natural to be fascinated by the politics of who was going to get what portfolio, and the political theatre of the Parliamentary Hearings. However we wanted to look at views on this major structural change, and they look to be moderately positive.”

“I think the new structure is a good thing for the Commission and for our clients who need to understand Brussels before they can hope to engage with it,” said Claire Boussagol, managing director of APCO’s Brussels office. “However, as my British friends might say, the proof of Mr. Juncker’s pudding will be in the eating and we will have to see if the practice is as good as the theory.” 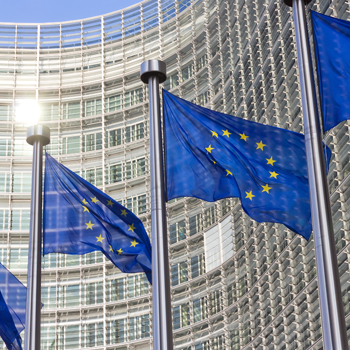