Treverton most recently served as the chairman of the National Intelligence Council, a positon that he held from 2014 to Inauguration Day 2017. During his time with the NIC, Treverton was responsible for overseeing the analysis and production of key intelligence briefings and reports.

Prior to being appointed chairman of the NIC, Treverton held several leadership positions within the RAND Corporation. During his tenure, he served as director of the RAND Center for Global Risk and Security, director of the International Security and Defense Policy Center and associate dean of the Pardee RAND Graduate School. Treverton’s work with the company focused on terrorism, intelligence and law enforcement.

Before joining the RAND Corporation, Treverton worked in the government, serving on the first Senate Select Committee on Intelligence and later as vice chair of the NIC. He also previously served as president of the Pacific Council on International Policy, as a senior fellow at the Council on Foreign Relations and as assistant director of the International Institute for Strategic Studies in London.

“In this challenging global reality, it’s crucial for organizations to be able to identify and mitigate risks,” Treverton said. “APCO is uniquely positioned to help its clients adapt and thrive. I am very excited to join the IAC and I look forward to providing strategic counsel and helping clients.”

Treverton has written extensively on intelligence, strategy and national security, and has been on the faculty of Harvard’s Kennedy School of Government and Columbia’s School of International and Public Affairs
He holds a bachelor’s degree from Princeton University and M.P.P. and Ph.D. degrees from Harvard University.

Treverton joins a distinguished group of experts on APCO’s IAC including:

For more information on Mr. Treverton, watch the following Meet the IAC video: 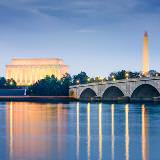