On May 23, U.S. President Joe Biden formally launched his administration’s long-awaited Indo-Pacific Economic Framework (IPEF) during his State visit to Japan. Speaking in Tokyo during the formal launch ceremony, Biden described the IPEF as a platform to “work toward an economic vision that will deliver for all peoples” by “taking on some of the most acute challenges that drag down growth and by maximizing the potential of our strongest growth engines.”

The IPEF is the main economic pillar in the Administration’s broader Indo-Pacific Strategy. The Biden administration is clear that it does not intend to join or rejoin existing regional multilateral trade pacts—such as the Regional Comprehensive Economic Partnership and the Comprehensive and Progressive Agreement for Trans-Pacific Partnership—nor does it plan to forge new ones in the foreseeable future. This means that if the IPEF fails, the United States will return to a status-quo in which it will not be a party to any regional trade agreement in Asia. It is also important because, as President Biden emphasized during his speech, the Indo-Pacific collectively accounts for half of the world’s population and over 60 percent of the global GDP.

A recent APCO Forum piece summarizes how the IPEF will generally be organized and executed. Other than a rebranding of the four individual pillars that will constitute the IPEF, the launch event did not reveal any significant changes in how the Administration intends to proceed with the initiative. Twelve countries—Australia, Brunei Darussalam, India, Indonesia, Japan, Republic of Korea, Malaysia, New Zealand, Philippines, Singapore, Thailand and Vietnam—were present for the launch. However, as experts from the Center for Strategic and International Studies (CSIS) noted in a recent piece, “it is not yet clear which pillars each country plans to participate in.” In a joint press conference held between President Biden and Japanese Prime Minister Fumio Kishida on May 23, Kishida captured the sentiment of many regional partners and allies when he said, “Japan welcomes the launch of the Indo-Pacific Economic Framework . . .. Having said so, Japan hopes to see the United States return to the TPP from a strategic perspective.”

Details—other than the countries that initially intend to engage with the IPEF—remain sparse. The same CSIS experts assess in their piece that negotiations with interested countries will begin in mid-Summer, with agreements likely being finalized just ahead of the November 2023 U.S.-hosted Asia-Pacific Economic Cooperation (APEC) Leaders’ Meeting.

While the IPEF launch succeeded in convening a group of regional partners that represent 40 percent of world GDP, we may not see continued smooth sailing moving forward. Success for the United States in negotiating IPEF with its partners will hinge on their ability to convene productive future negotiations around the IPEF’s four pillars.

As negotiations commence, there are three factors which will indicate progress (or not) in the IPEF negotiation process.

President Biden contends the IPEF will hold all member countries to high labor and environmental standards. That said, the Office of the United States Trade Representative (USTR)’s Labor Advisory Committee for Trade Negotiations and Trade Policy recently questioned Malaysia, India, Indonesia, the Philippines and Thailand’s participation in the IPEF citing poor records on labor rights, child labor and human rights. According to the Labor Advisory Committee, “given the scale and scope of worker rights abuses the IPEF must include strong and enforceable labor standards and corporate accountability measurers integrated throughout each of the framework’s modules or pillars.” Notably absent from the initial IPEF launch were Myanmar, Cambodia and Laos.

Without market access incentives, standards within the IPEF must provide clear indication that member countries will benefit from increased U.S. participation in the Indo-Pacific region. Necessary incentives ensuring lower barriers to access, detailed parameters around supply chain resilience, cooperative trade facilitation, climate action and a linked digital economy agenda—among other commitments—must come to fruition during negotiations to provide Indo-Pacific countries incentive to continue to take part in the IPEF. As CSIS noted, “without the promise of greater U.S. market access, a significant incentive for regional partners to agree to high U.S. standards goes away. A lack of enforcement mechanisms also limits the ability of the United States to secure its interests in the framework.”

The “pick and choose” four pillar program, in which IPEF member countries must adhere to the entirety of whichever pillars they choose to partake, adds further obstacles to the negotiations. The ability of countries to pick and choose also instills uncertainty in the trade community in the United States, which traditionally looks for binding and enforceable agreements. In the context of human rights and labor standards, this is concerning.

If the United States is able to keep interested parties at the table, the IPEF could be a benefit for U.S. businesses. Unified standards among member countries would establish a system that holds developing Indo-Pacific nations accountable to their commitments on labor standards, corruption, decarbonization standards and others. An Indo-Pacific that is economically tied to the United States provides greater opportunity for development, thus providing U.S. business greater opportunity to take part in each market. 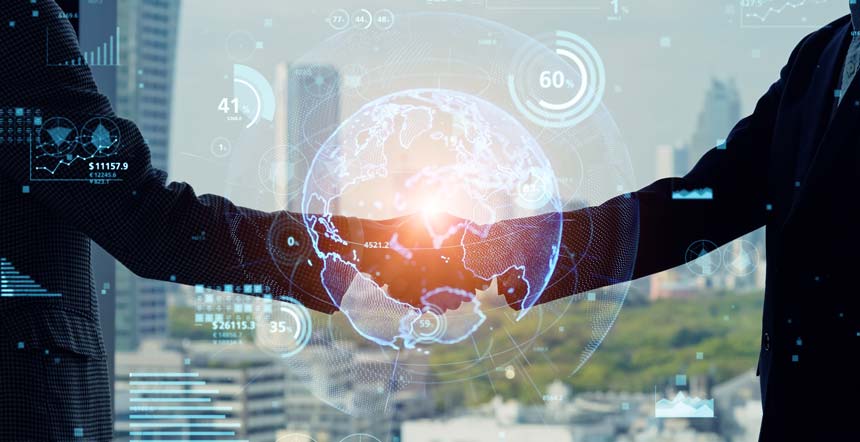