On December 22, 2016, Israel’s Parliament, the Knesset, approved the biannual 2017-2018 budget. It included a particular focus on tax incentives for international technology companies. The budget demonstrated a new approach by the Israeli government to encourage increased investment by MNCs, which have enjoyed the fruits of Israel’s innovation ecosystem, but have been less engaged in other parts of the Israeli economy.

Most importantly, the legislation includes a stability clause which prevents any future changes to the tax rate for 10 years, irrespective of a change in government. Thus, any new government with a less business-centric focus will have to abide by the legislation.

From Apple to Alibaba, Israel is home to over 350 of the world’s leading MNCs. But its new tech tax policy is geared towards incentivizing not only increased investment in its vibrant high tech ecosystem, but also encouraging companies with R&D operations in Israel to consider expansion of their investment through the sourcing of other products and services, while enjoying a more cost effective tax regime.

Hailed as the ‘Startup Nation,’ Israel has emerged as a world leader in technology and innovation. However, the massive and continuous increase in foreign investment has created a reality of two parallel economies in Israel. The tech economy, which makes up a mere nine percent of Israel’s workforce, and the rest. This discrepancy has fueled the introduction of the new tax regime, meant to drastically increase the labor productivity in the market and stands as one of the lowest among OECD countries.

This background is not meant to imply that Israel does not have a highly capable and diverse workforce. The innovative nature of the economy is at the heart of Israel’s service sector, which includes ultra-Orthodox accounting firms that provide tax services for U.S. nationals, as well as Arab-Israeli call centers, which, if leveraged, have the potential to offer services throughout the Middle East. Israel feels its untapped potential has been overlooked by the world’s leading multinationals. The government has been assessing ways to force a spillover effect from investment in the high-tech sector into other parts of this vibrant economy.

The decision to reduce Israel’s Corporate Tax rate for tech multinationals comes on the heels of two significant developments. First, the European Commission’s ruling to fine Apple 13 billion euros (USD 14 billion) in back taxes it claims are owed to the Irish government. The Irish tax regime seems to have played a significant role in attracting MNCs to do business in the country and has turned Ireland into a hub for many of the world’s tech giants. Israel has watching closely the success and failures of the Irish economic model. Second, a drive by the OECD – of which Israel is a member – to formulate a one tax policy across member states has helped to showcase the benefits of an attractive tax policy. The OECD’s new tax guidelines address base erosion and profit shifting (BEPS) to tax havens abroad and seek to ensure an MNC will pay taxes to the country in which it operates.

With many of the world’s leading tech giants already holding a major R&D presence in Israel, their tax histories and physical presence in Israel will likely not be challenged. The new regime will incentivize them to register their IP in Israel to further enjoy these tax benefits. Israel also enjoys a unique status as a fully developed western economy unbound by a trading block such as the EU while enjoying free trade agreements (FTA) with most EU members and the United States. It is also negotiating a FTA with China and India, making it a unique business hub from which to operate. So, while attention has been on Ireland, a quieter revolution has been taking place in Israel leading many to question whether Israel is set to become the tax haven of choice for MNCs.

The thinking behind the new tax policy is clear. The government is taking a calculated, educated gamble that a higher amount of investment and quantity of research being done in Israel, coupled with increased investment into other parts of the services and products offered by the Israeli economy, will offset the low tax rate. The change in corporate tax, coupled with Israel’s prowess as a center of innovation and entrepreneurship, has opened up a new world of possibilities for multinational companies to invest more fully in Israel and reap the benefits of Israeli innovation in turn. Fast forward two years and Israel may very well be the new Ireland. 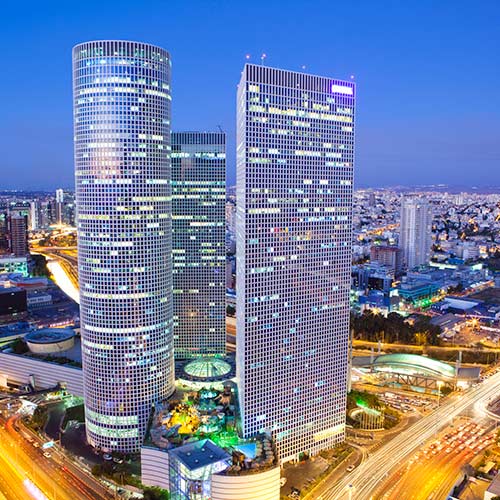