If you’re an active Twitter user, you’ll have noticed the influence Donald Trump has had through social media. America’s President-elect does not conceal his feelings on Twitter—his tweets almost always go viral, and spark thousands of users to fight for or against his beliefs.

President-elect Trump has singlehandedly transformed the Twitter environment. This change has had a profound impact on companies and the potential to negatively impact corporate reputations. His influence stretches across the world; he’s able to elevate or demonize even the worlds most established brands 140 characters at a time. In such a heated environment, ripe for confrontation and argument, how exactly do you plan on protecting your company’s reputation in case President-elect Trump decides to strike at your business next? What will you do when those that support or oppose Trump criticize your company online? Here are three ways to help your company adapt to President-elect Trump’s new Twitter environment:

In this new Twitter environment, it’s critically important for companies to be prepared—not only to react, but also to step forward. Be self-reflective, figuring out your weaknesses and strengths. Have a positive story backed up by strong messages and solid proof points in case a crisis comes up. Above all else, find allies—whether it be another CEO, a trade association or industry experts—that will stand alongside you, and support your messages.

Build and Enhance Your Reputation

Engage with the media and stakeholders; remind them of everything you’re doing to be a great corporate citizen. It’s important for companies to show that they’re treating their employees well—with good benefits and wages, being an environmental steward and running a global corporate supply chain system that is fair and sustainable. In the case you do receive a Trump tweet blast, these factors can serve as armor in protecting your reputation.

Be proactive in searching for new ways to demonstrate how positively your work is affecting the country. For example, you could show steps you’re making to keep jobs in the United States, rather than building factories overseas. Companies have done this with success in the past, and actively demonstrating your commitment to the United States and the world is a potential way to gain credit in the eyes of the public and new administration.

The key to surviving in this new Twitter environment is to not only prepare yourself by coming up with plans to protect your reputation, but also proactively promoting your reputation with positive stories that reinforce how company’s mission. By doing these three things, you’ll be armed to protect your company in the event of a tweet from the President-elect. 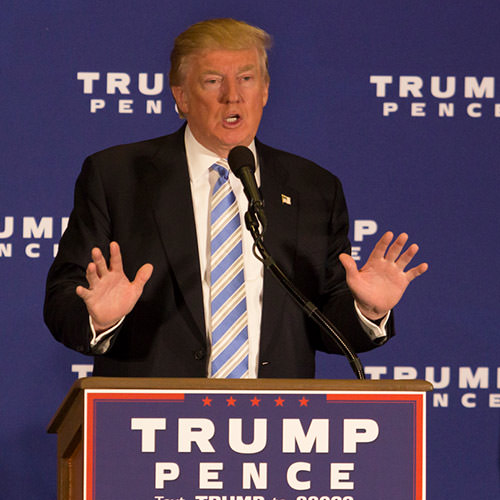