2018 was a long year. The theatre of U.S. politics enthralled and appalled in equal measure; visionary corporate leaders went from putting cars in space to losing their jobs; Brazil promised to accelerate deforestation in the Amazon; and worldwide traditional media faced an onslaught against their credibility and trust.

It’s no surprise in a market place increasingly defined by rapid evolution, social disruption and ever-changing world events that the need to respond quickly on emerging issues will be paramount in 2019. Agility and resilience will be the key traits for corporates to adopt next year if they are to keep ahead of competitors in this new landscape. Many global businesses are ill prepared for an increasingly challenging global regulatory environment, to respond to complex social issues and especially to geopolitical threats and political uncertainty. But those that are better prepared, will be better insulated from unforeseen global shocks. So, what could be on the horizon for 2019?

Next year the world faces a series of challenging political and social events, many of which have the potential to cause severe disruption in significant economies like India, Nigeria, the UK and Indonesia. Brexit will create instability and uncertainty in the global market place; the US political system will remain distorted by Trumpism; Narendra Modi faces flagging popular support in some regions ahead of India’s general election despite the country moving into the world’s top 5 economies; and an ailing Nigerian President will seek re-election over Africa’s biggest economy. Meanwhile several European states, as well as the European Parliament elections, will feel the impact of the new face of social discontent and intolerance fueled populism. Whether it’s the far-right or gilet jaunes, there’s sustained velocity to this discontent expressed in the form of nationalism, anti-globalisation sentiments and a deep frustration with the current political class across Europe.

U.S. economists and market analysts are warning of another recession in the United States with nearly half of America’s CFO’s thinking this will take hold by the end of 2019, with 8 in 10 predicting it will happen by 2020. Stock markets are ending 2018 with a high level of volatility and weak prospects for 2019. The risk of a U.S.-China trade war, the large amount of U.S. corporate debt fed by low interest rates and widening inequality poses serious questions for the American economy. All eyes will be on the U.S. Treasury in early 2019 with the risk of knock-on effects in Europe facing a turbulent Brexit and several economies only just recovering from the financial crisis a decade ago, a debt laden China in Asia and global multilateral trade agreements under fire.

A sad reflection of the pervasive impact of online media is the ease with which negative, false and damaging narratives are conceived and disseminated at lightning speed. This year saw some extreme examples of individuals and high-profile leaders being demonised for their daily work. In an already toxic media environment, it has become all too easy to weaponise social media platforms and provoke shocking offline behaviour, further blurring the line between off and online lives. The spate of bombing attempts against former U.S. political figures, the politically motivated anti-Semitic vitriol against philanthropist George Soros, and the attacks on U.S. journalists in their offices should be warning signs to media platforms that there are real world consequences to the proliferation of online conspiracy theories and hate speech. 2019 will see mounting pressure on big tech firms to engage and take steps to halt this spiraling pattern or risk an angry public forcing government regulators to take action.

The blue wave of Democratic victories in the U.S. Congressional elections has energised grassroots activism and next year will see the beginnings of the long-awaited Presidential campaign of 2020. A potential rebirth of liberalism is on the cards uniting behind younger and charismatic political figures who are media savvy and digitally adept. In Europe, calls for a second Brexit referendum have been led by more liberal parties and younger generations while in Germany, the surge of support for the Green Party has outstripped the rise of the far right. In India, a coalition of centrist and liberal groups poses a real challenge for incumbent Prime Minister Modi and President Duterte is facing pressure for his crackdowns beyond street criminals.

Despite a slowing economy, facing growth of a still enviable 6.5% and the growing rift with the United States, China is poised to fill an American sized void in global economics, geopolitical issues in the South China Sea, investment in Africa and influence in multilateral institutions. The continued withdrawal of the United States from the international arena has provided President Xi with a perfect opportunity to extend China’s influence into new markets and buttress Chinese power abroad. Internal challenges like anti-corruption drives and long promised aggressive tax cuts will shore up support for any domestic changes and will be keenly watched as a bellwether for the health of Asia more broadly.

This year we saw a surge in corporate leadership and bold social initiatives as firms responded not only to the needs of consumers but became highly attuned to the concerns of their own staff. Nike’s stance on socially sensitive campaigns involving Colin Kaepernick and Serena Williams gained huge support from the public, while Google’s Dragonfly work in China caused significant unease internally causing leadership to pull the project. Next year, firms big and small will be expected to be particularly sensitive to the audiences they interact with both externally and internally. Risky or chaotic leadership styles may well no longer be tolerated by internal stakeholders nor by shareholders. 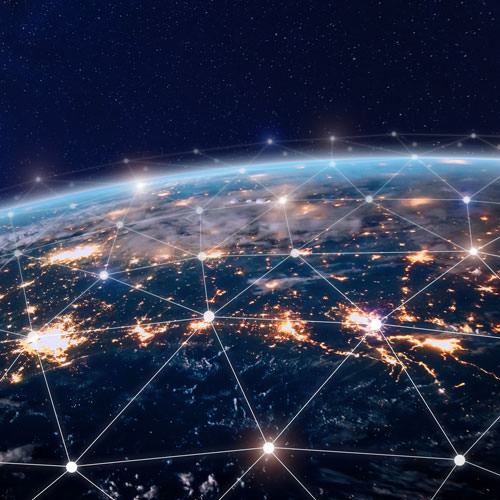