APCO Worldwide Tel Aviv’s team previously delved into the background leading up to the UAE-Israel normalization agreement, including examining the motivations of key decision-makers. In this final installment of our three-part series on the accord, APCO Tel Aviv forecasts how Emirati-Israeli rapprochement could influence economic and innovation opportunities in the region and more globally, as well as the implications for Middle Eastern politics and diplomacy.

New Avenues for Business and Investment

The normalization promotes new opportunities for investments in Israel and the UAE, removing political barriers that may have hindered past region-wide cooperation. This dynamic lower the likelihood that multinational companies seeking to invest in Israel would face broad-based boycotts or other forms of backlash from Arab states. At the bilateral level, Israeli companies could establish a presence in Dubai and Abu Dhabi as gateways for accessing broader Middle Eastern markets, while the two emirates could conversely be transformed into hubs for conducting business with Israeli stakeholders.

In particular, the expected introduction of direct flights between the countries would greatly increase the potential for business opportunities and tourism, both regionally and globally. Given Emirates Air and Etihad’s vast international networks, direct routes to Tel Aviv—which would fly through Saudi airspace—would make Israel much more accessible, particularly for countries in the Indo-Pacific region.

As two of the most technologically capable countries in the region, Israel and the UAE stand to benefit from direct cooperation in emerging technologies. Most immediately, the countries are reported to be signing a collaborative agreement on developing a COVID-19 vaccine. Cooperation can also be expected on creating effective therapeutics and treatments for the coronavirus, along with more general antiviral resources as public health becomes a more consequential issue on the global agenda. In the broader technology realm, the UAE and Israel’s shared efforts could aid in R&D and discoveries in areas such as AI, robotics, cybersecurity, fintech, water conversation, and sustainability.

A Potential Basis for Additional Normalizations, Though with Regional Risks

Taking into account the UAE’s prominent status in the Arab and Muslim worlds and Washington’s support for its position, Abu Dhabi’s normalization with Israel could provide political legitimacy for other U.S. allies nearby to follow suit. Within the Gulf area, the similarly oriented states of Bahrain and Oman could consider establishing ties with Israel next. Already, Sudan has hinted to holding normalization talks with Israel, while Morocco is reported to be considering such a move too. A series of agreements by these states and others could ultimately provide the conditions for Saudi Arabia to sign a deal with Israel. Throughout this potential process, vocal support by influential regional actors such as Egypt—which was among the first countries to applaud the UAE—could serve to counterbalance opposition from Iran and Turkey.

Abu Dhabi’s regional Arab allies would likely be undeterred by Iranian warnings and threats were they to officialize relations with Israel, with Tehran’s posturing possibly reinforcing their conviction in drawing closer to Israel. More significant, however, is Turkey’s opposition to Abu Dhabi’s normalization. Ankara has already been at odds with the UAE in several local conflicts, including over the Saudi-led bloc’s attempts to isolate Qatar, the ongoing civil war in Libya, and Eastern Mediterranean energy exploration. Turkey’s position on the UAE’s decision regarding Israel renders the possibility of an additional flashpoint in the two countries’ disputes, with potential implications for Emirati allies considering warming up to Israel.

Before the announcement of the agreement, Israel’s governing coalition was mired in disagreement over approving the annual state budget and facing a loss of public confidence over its handling of the “second wave” of the COVID-19 pandemic. Daily feuds between Netanyahu’s political allies and the rival coalition bloc of Alternate Prime Minister Benny Gantz (who, according to the agreement, is slated to become Prime Minister in November 2021) contributed to growing talk of a new election by November 2020. The UAE agreement has won support across the coalition, as well as a sizeable portion of the opposition, rejuvenating momentum for keeping the government intact.

The Israeli government’s acceding to the UAE demand on annexation charts it on a more centrist course, weakening the more hardline nationalist approach that Netanyahu had employed in recent months. It furthermore removes the possibility of a Gantz-Netanyahu confrontation over the annexation issue. Lastly, it weakens the appeal of the right-wing opposition, which had been advocating for a swift annexation and which opposes a Palestinian state.

An Impetus for Palestinian Peace Talks?

The annexation was feared to have buried the viability of a two-state solution of Israel and an independent Palestine. Israel’s willingness to trade planned annexation for relations with the UAE could set a precedent for other countries to normalize their ties to Israel on this basis. This dynamic would preserve the possibility of a viable Palestinian state and could catalyze renewed Israeli-Palestinian negotiations. In turn, greater recognition of Israel by regional players could provide more confidence for it to make territorial concessions to the Palestinians and take other measures that some domestic detractors fear would harm Israeli security.

In parallel, the UAE’s economic relations in Israel could serve as a springboard for investment by the UAE and other Gulf Arab states in the West Bank Palestinian economy. Such opportunities, however, would be contingent on the Palestinian Authority’s (PA) approval of this mechanism. While the PA has strongly opposed the UAE’s move politically, it may quietly demonstrate more pragmatism in the economic sphere, especially given the damage of COVID-19 to Palestinian economic activity. 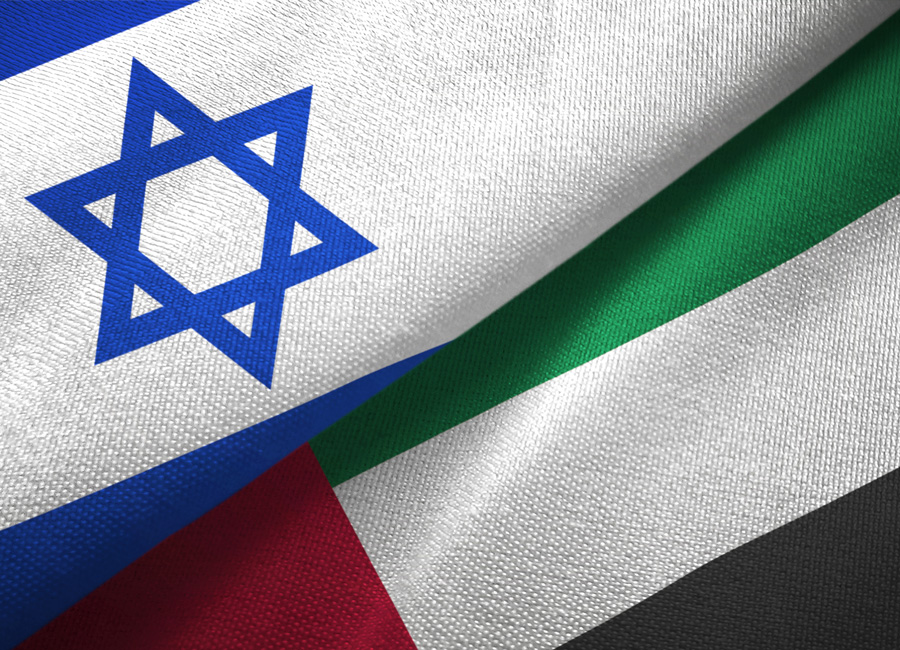