As you know, Nike released a series of ‘Just Do It’ ads this week; the one gaining the most attention features football player Colin Kaepernick. The campaign says, “Believe in something. Even if it means sacrificing everything.”

Celebrating the 30th anniversary of “Just Do It,” a campaign and slogan that have become synonymous with the brand, this ad may be Nike’s boldest statement yet as it takes on the issues of police brutality and racial injustice.

“We believe Colin is one of the most inspirational athletes of this generation, who has leveraged the power of sport to help move the world forward,” says Gino Fisanotti, Nike’s VP of brand for North America.

While Nike made a strategic move this week, it’s worth noting Kaepernick has been under contract with the brand since 2011. His deal was renegotiated months ago, after Kaepernick filed a suit against the NFL. The suit claims team owners are colluding against him as a result of his kneeling protest during the national anthem in 2016. The Nike deal includes a contribution to Kaepernick’s charity, Know Your Rights. To what degree Nike will maintain its commitment to this issue will be interesting to watch.

Nike’s advertising and promotional costs for 2018 are estimated at $4 billion. A well-liked brand, 77% of consumers viewed it very favorably or somewhat favorably, an APCO from earlier this year survey shows. The company likely weighed the potential costs and benefits before embarking on this campaign, making a conscious decision to enter the social conversation. Despite protests against the brand this week, Nike knew what it was doing. It’s important to understand why.

Racial Discrimination and The Numbers

Of 11 issues consumers were asked about, 89 percent said it is always or sometimes OK for CEOs to speak out about racial discrimination. In addition, racial discrimination was ranked fourth, behind access to education, health care access and hunger in the survey. Racism was at the root of Kaepernick’s initial act of protest.

In addition, the survey showed:

A major question, of course, is did Nike do the right thing from a brand-reputation viewpoint? At this very early juncture the jury is out, but based on the above survey, we expect the verdict will be yes eventually.

Morning Consult polling shows Nike’s favorability is taking a hit. Its poll earlier this week shows 24 percent of consumers now view the brand unfavorably, up from 7 percent before word of the campaign broke. Nike had a favorable rating of 76 percent before Kaepernick; it’s at 60 percent now, Morning Consult adds.

Based on the APCO survey noted above, we can surmise much of the downturn in favorability comes from Republicans. Remember, though, the bulk of Nike’s core audience is younger than 35 and diverse. This group likely will embrace the Kaepernick effort.

Perhaps the biggest test will be the campaign’s influence on sales. An early estimate says Kaepernick gave Nike a Labor Day sales boost.

Share price also is critical. As we saw with Dick’s Sporting Goods when it took an anti-gun stand in March, the share price initially fell, but it has improved. So far, it’s the same with Nike. 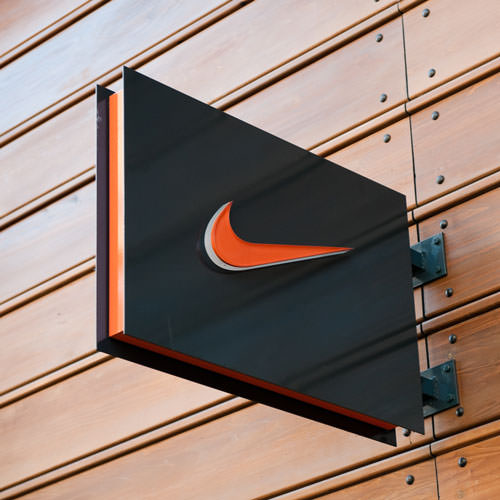