As the beginning of 2019 nears, companies, organizations and global leaders are preparing to face the many disruptions that await them in the new year. To better understand the current and future landscapes, we surveyed a select group of 28 members of APCO’s International Advisory Council (IAC), and asked them what they see as the most prevalent and mission-critical trends moving forward.

When asked to identify what they think will make the biggest impact on global businesses in 2019, a vast majority of surveyed IAC members (75%) listed economic nationalism and protectionism in their top two trends.

However, despite many respondents’ belief that corporate leaders will face these trends in 2019, doubts over their readiness to do so were pervasive.

When asked how confident they are that today’s CEOs and CCOs are prepared to handle key global trends in 2019, no surveyed IAC member responded saying that he or she was very confident. The vast majority were somewhat to a little confident, and 7% were not at all confident that corporate leaders are prepared.

It’s clear that corporate leaders need to do everything they can to ready themselves to face the disruption that awaits in 2019, as companies—as well as governments—will be on the front lines in the new year.

In Their Own Words

For further insights on what to anticipate in 2019, we asked our surveyed IAC members to, in their own words, identify what global trends will most impact businesses in 2019. The following is a selection of their responses:

“For me, the biggest trend and challenge facing companies in 2019 will be confronting and resolving the accelerating pace involved in dealing with the complexity of ‘change’ in all its forms. Whether it’s change generated from global affairs, change emanating from extreme weather, change coming from increasing populism, or change generated from digital trends; change creates uncertainty and tension. Dealing with the multi-dimensional levels of “change” requires agility, problem-solving skills and collaboration.” – Tim Roemer, former U.S. Ambassador to India and U.S. Congressman

“The age of multilateralism after the Cold War is being replaced by bipolarism, due to the rise of countries that do not engage in multilateral ideals. China’s rise is an indicator of this change. The hesitation of world leaders standing for multipolar or bipolar global order is accompanied with another shift of poles from West to East called Easternification. This is the trend that underpins all others.” – Edit Herczog, former Member of the European Parliament

“The automation of jobs and its impact on the respective workforce is a major trend. As you see an increase in robotics and artificial intelligence, there will be significant disruption in the workforce. While this will undoubtedly lead to opportunity, there could also be significant reduction in workforces throughout the world. It will be critical for leading companies to find a balance between new technologies and traditional employees to ensure that they are successful.” – Eric Kraus, former Chief Communications Officer at Clean Harbors, Bacardi and Covidien

“I see green consumption, the discrepancies between trust and data privacy, and the continued rise of alternative and renewable energy as the trends to watch in 2019.” – Claudia Fritsche, former Ambassador of Liechtenstein to the United States

“I think United States and global trade issues will have the most impact on U.S. economic performance and global business generally, especially the U.S.-China trade relationships.” – Dan Glickman, former U.S. Secretary of Agriculture and U.S. Congressman 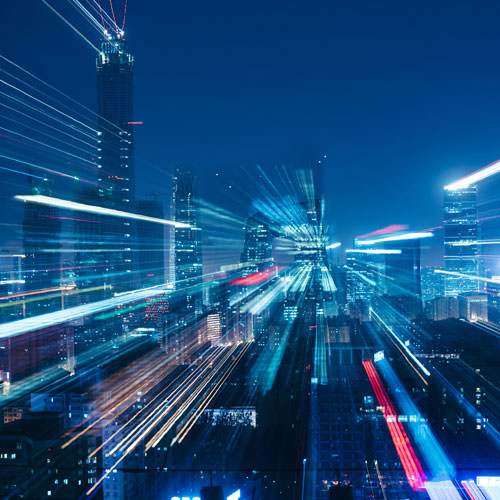