“Sir Graham’s distinguished career in the European Parliament allows him to bring tremendous political and policy insights to our clients’ opportunities and challenges,” said Kraus. “We are very excited to have him join our International Advisory Council.”

“I am delighted to join such a distinguished group of former public servants, business leaders, nonprofit leaders and academics on APCO’s International Advisory Council,” said Watson. “I have been impressed by APCO’s extensive record of positive and impactful engagement in public and global affairs and I look forward to working with APCO’s clients to help them engage effectively with the European institutions.”

Watson will work closely with APCO’s Brussels team, led by managing director, Claire Boussagol. “Sir Graham’s counsel and insights are an invaluable addition to our public affairs offering across the EU,” said Boussagol. “Since opening in 1995 our Brussels office has successfully addressed some of the most complex stakeholder engagement and public affairs challenges in Europe. Our diverse team, with consultants from most European nationalities, includes former journalists; policy advisors; lawyers; and corporate communication, business and NGO experts. We are confident that, with Sir Graham’s contribution, we will continue to offer clients the very best European public affairs solutions.”

In addition to his decades of public service, Watson authored a large collection of works with analytical perspectives on EU politics and democratic governance. He joins an experienced team of statesmen and world leaders on APCO’s IAC, including the following: 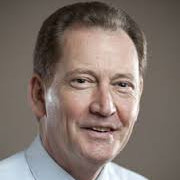