Asbo will serve as a director in APCO’s Brussels office, as part of the consultancy’s growing global competition practice, which is co-led out of Brussels by executive director, Richard Bullard. 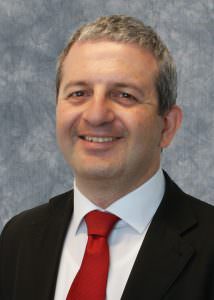 “Our competition practice has played a significant role in the recent growth of our office in Brussels,” said Boussagol.  “Pablo brings outstanding experience in competition policy and regulatory consulting across a range of business sectors, gained in both the private sector and at the European Commission.  His merger and antitrust experience will be a real asset to our roster of clients in this field from across a range of sectors.”

“I am very enthusiastic about joining APCO’s thriving Brussels office and to be part of their impressive global team of experts in the competition and anti-trust field,” said Asbo. “The team is working on some fascinating and high profile cases, with a strong transatlantic element. I look forward to offering APCO’s clients the benefits of my expertise.”

Before joining APCO, Asbo was a director in the competition team at Cabinet DN, a Brussels-based consultancy.  Previously he spent more than four years as director of the competition practice at Avisa Partners, where he provided strategic advice to companies on mergers & acquisitions, antitrust and cartel investigations from a public affairs and regulatory perspective.

Prior to his time at Avisa Partners, Asbo served for nearly six years as a legal advisor in the Directorate-General for Competition (DG COMP) at the European Commission.  There, he worked in both antitrust investigations, and at the Merger Network, dealing with many Phase I and Phase II cases, including overseeing the application of remedies and infringement cases. His areas of expertise at DG COMP included postal and telecoms, as well as mergers in the energy, chemicals, food, transport and ICT sectors.