“Falsehood flies, and truth comes limping after it, so that when men come to be undeceived, it is too late; the jest is over, and the tale hath had its effect.” (“The Art of Political Lying”, Jonathan Swift, The Examiner)

Last night, in the first broadcast election debate between Boris Johnson and Jeremy Corbyn, the Tory Press office changed their Twitter name and branding to “Fact Check UK” and sent a number of tweets, including one tweet which called Boris Johnson the “clear winner” of the debate. Fact-checking service Full Fact condemned the action, and Twitter warned the party that they would take “decisive corrective action” if a similar stunt were attempted again.

It is not the first sign of disinformation in the 2019 UK General Election. In recent days we’ve seen a number of fake news stories emerge around the general election: from Diane Abbott’s “misleading” tweet claiming that Ken Clarke wasn’t voting Conservative, to a fake viral story that Lib Dem leader, Jo Swinson, has a penchant for killing squirrels.

The above quote by the 18th century political satirist and serial hoaxer, Jonathan Swift, is, however, a helpful reminder that fake news existed long before Boris and Brexit.

References to what we now call “fake news”—a term which officially entered the Oxford English Dictionary in October 2019—can be found in many places, from the “yellow journalism” papers of 19th century America to the partisan political pamphleteering of the English civil war in 17th century England. Some historians link this issue to the invention of the printing press by Gutenberg in 1439 which gave rise to professional journalism and the era of mass communication.

Yet in our current political environment, fake news has undergone extreme changes linked with technological improvements. The concept isn’t new, but the tools people use to spread lies have dramatically improved. Social media has provided the habitable environment for fake news to thrive—and two elements about social media make it particularly dangerous for spreading disinformation.

The first relates the deep sense of creativity the digital world enables. From graphic design and 3D modelling to more advanced forms of artificial intelligence, the digital space is an inherently dynamic—albeit often vindictive—world to inhabit.

Take the recent fad around deepfakes. A portmanteau of “deep learning” and “fake,” deepfakes use a machine learning technique, generative adversarial network (GAN), to superimpose and combine existing images and videos to create lies. Originally used by Reddit users to doctor pornographic clips of celebrities, this technique has also been applied to political figures including former U.S. President Barack Obama and U.S. House Speaker Nancy Pelosi. Verisimilitude is the aim when it comes to deep-fakery. As the technology is refined, we won’t be able to trust moving images any more than we can trust words.

Memes are another pernicious source of false political information. A recent report by Paul M Barrett, Disinformation and the 2020 Election: How the Social Media Industry Should Prepare, shows how social media, and memes in particular, may be used to propagate disinformation in the context of the upcoming US Presidential election. According to Barrett: “Instagram’s image-oriented service makes it an ideal venue for memes, which are photos combined with short, punchy text. Memes, in turn, are a popular vehicle for fake quotes and other disinformation.”

The second reason why fake news flourishes on social media may relate to the platforms themselves. Shoshana Zuboff—Professor Emerita at Harvard Business School—explores this issue in her work, The Age of Surveillance Capitalism: The Fight for a Human Future at the New Frontier of Power. Zuboff defines surveillance capitalism as “the unilateral claiming of private human experience as free raw material for translation into behavioral data.” Zuboff traces surveillance capitalism to the early days of Google, when the now–tech giant started linking advertising to search behaviour.

According to Zuboff, the advent of algorithmically driven advertising has meant that technology companies are not just trying to influence or condition human behaviour, but to predict and commodify it, on what she calls “behavioral futures markets.”

Perhaps then, unlike the yellow newspapers of ages past, social media may pose an additional threat to truth, because the more successful the content, the more it is promoted by the algorithms underpinning these networks. Although the major social media networks are focused on cracking down on fake news, the purveyors of false information may just become more creative, or even to move to unchartered terrains: from closed messaging platforms to voice technologies.

Whether fake news is carried through a deepfake video, image, meme, GIF, or yellow newspaper, it is intended to influence and exploit others. It’s not, then, even so much about news: it’s about exploiting human nature—and creating the conditions within which exploitation can flourish.

For people working in public relations and political communications, the notion of alternative facts presents many challenges. Our industry once lauded the concept of a spin doctor; now this seems an outmoded epithet. As Swift’s essay on “The Art of Political Lying” foreshadowed, perhaps the concept of “spin” necessarily involves some level of trickery.

As an industry, we need to become more discerning about fact-checking to recognise exploitation for what it is, and more importantly to have an unambiguous relationship with the truth, whatever the channel or form of communication. 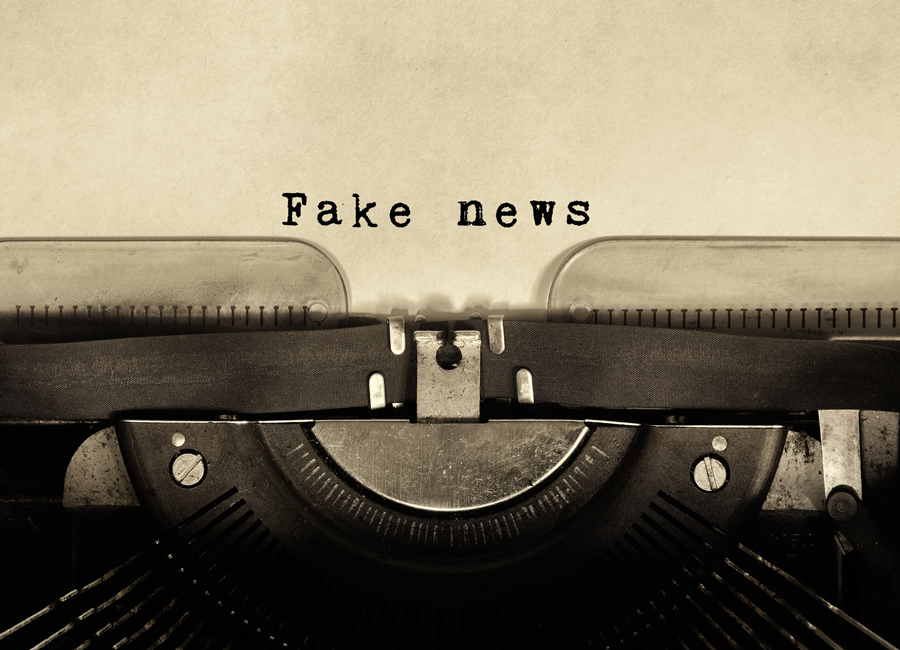