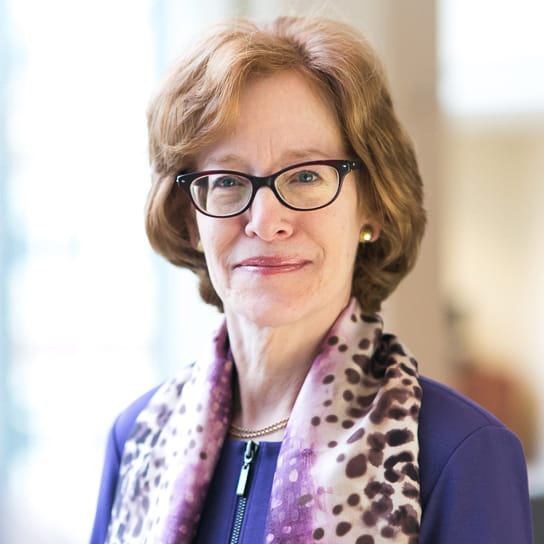 Rachel Brandenburger is a globally recognized international antitrust, foreign investment and regulatory policy advisor. She works at the interface of government and business and is a trusted advisor on high-stakes, strategic issues at board and senior executive levels to businesses and governments around the world.

Ms. Brandenburger has an international outlook and experience of living and working in the UK, Europe and the United States. She was special advisor, international, to the U.S. Department of Justice’s Antitrust Division, based in Washington D.C. (2010-2013), a partner in Freshfields Bruckhaus Deringer LLP, based in Brussels and London (1988-2009) and is currently a senior advisor & foreign legal consultant to Hogan Lovells US LLP, based in New York.

As special advisor, international to the U.S. Department of Justice’s Antitrust Division Ms. Brandenburger advised on many investigations that involved cooperation between the Division and its international counterparts; the formulation of cooperation protocols between the U.S. antitrust agencies and (i) the European Commission (ii) the Chinese antimonopoly agencies and (iii) the Competition Commission of India; Organization of Economic Cooperation and Development and International Competition Network cooperation and transparency initiatives; and the Trans-Pacific Partnership and Transatlantic Trade and Investment Partnership proposals. She also participated in many bilateral and multilateral meetings between the leaders of the U.S. antitrust agencies and other agencies around the world.

Ms. Brandenburger is also a visiting research fellow at the University of Oxford’s Institute of European & Comparative Law and a visiting law fellow at St. Hilda’s College, University of Oxford, where she created and teaches seminars on the global dimension of competition law and policy. Her recent (co)authored publications include papers on Brexit, the digital economy, foreign investment and competition law and policy developments in China, Germany and the U.K.

Ms. Brandenburger is a non-governmental advisor to the International Competition Network; a member of the Advisory Board of the American Antitrust Institute, the European-American Chamber of Commerce’s Trade Working Group and the Executive Committee of the New York State Bar Association’s Antitrust Section. She also holds non-executive board/trustee positions in a number of organizations in the United States and U.K., including the American Friends of the British Council, Equality Now—whose mission is “creating a just world for women and girls”—and the University of Oxford Law Foundation.