APCO Worldwide’s International Advisory Council convened its June 2021 meeting to assess President Biden’s first foreign trip and the recent meetings of the G7 and NATO and its impact on global trade and the international business community.

Sir Graham Watson, former member of the European Parliament from the United Kingdom, opened the discussion with a commentary on President Biden’s stamina.  The President’s first international trip was eight days and included three summits – one with the G7 in Cornwall and then two in Brussels, one with the EU and one with NATO. In the interim he met many European leaders and dignitaries, starting with a bilateral with UK Prime minister Boris Johnson and culminating in a bilateral meeting with Russia’s President Vladimir Putin.

Watson reported that from a European perspective, Biden’s performance has been viewed as a great success, working to repair relationships strained during the Trump administration and the lasting effects of Obama’s more pacific-looking strategy. As a result of his performance abroad, Biden has contradicted the notion that America is geopolitically weak. With a clear vision for American allegiance to transatlantic partnerships, Biden directed a bold re-emergence of American diplomacy on the global stage.

Prime Minister Boris Johnson was looking to project a similar sentiment as the U.K. navigated post-Brexit European affairs. He put forth immense capital toward hosting the G-7 summit in Cornwall as means to introduce a new Britain performing independently of Europe. However, Richard Harrington, APCO’s UK Chairman and former member of UK Parliament, expressed that the success of the G-7 Summit was overshadowed by discourse surrounding EU trade negotiations.

Claudia Fritsche, former Ambassador of Liechtenstein to the United States, noted the EU meetings in Brussels should be considered a modest success. Despite the friendly and amicable atmosphere, there are a number of conflicts that remain unresolved, including punitive tariffs on steel and aluminum, the long-desired free trade agreement, the suspension of COVID-19 vaccine patent rights. It was decided to establish a Council for Trade and Technology as well as a number of task forces to deal with these issues. The decision by both the United States and the EU to abolish punitive tariffs in connection with subsidies for Airbus and Boeing for 5 years can be considered a big success as the dispute was 17-years in the making. Overall, the visit created several task forces and affirmed President Biden’s commitment to transatlantic cooperation.

All of these discussions will have an immense impact on a range of industries in the post-COVID market. An initiative led by the U.S. supported a 15 percent minimum tax on large multinational companies with the goal being to stop companies from utilizing tax havens. In the energy sector, the leaders supported eliminating most coal power and reaffirmed their goal to reach climate neutrality by 2050.

Moving forward, European partners will need to demonstrate their commitment to the US-EU partnership by addressing their relationships with China and Russia. Within the EU, there are conflicting viewpoints on China and Russia with countries like Germany having strong economic ties to China that they do not want to jeopardize.

Ambassador Fritsche said it seems to be President Biden‘s intention to incorporate the NATO countries into a global alliance of democracies to counter China‘s increasing hunger for power. The Final Declaration of the summit describes China as a “systemic challenge” for the security of NATO countries.

On the other hand, Biden’s foreign policy team portrayed Russia as a “regional power” and worked to reassure allies in the Baltic and Eastern Europe. Greg Treverton, former chairman of the U.S. National Intelligence Council, remarked that Biden went into his meetings with Russia with momentum, strengthened by recent shows of global partnership. Geopolitically, Biden is in a position to stand firm on certain issues like the renewed START Agreement and push Putin on others, such as cyber defense and their growing relationship with China. 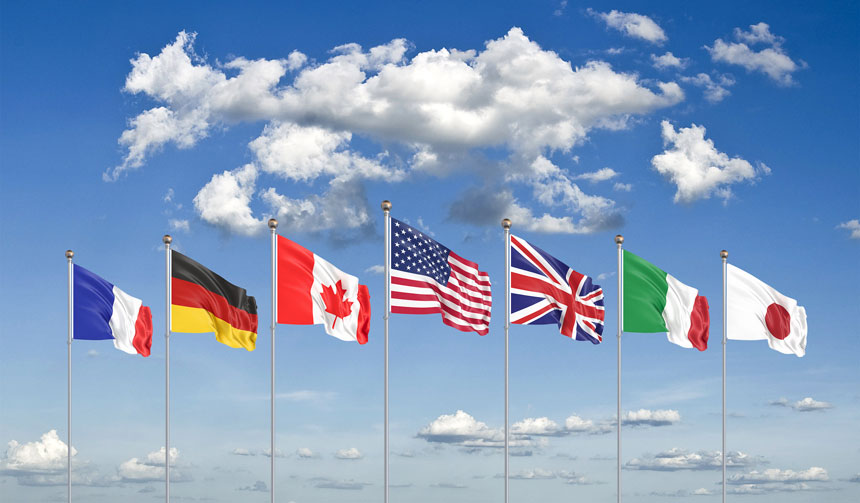