“Made in China 2025” is an ambitious industrial master plan released in 2014 with the explicit goal of turning China into a manufacturing superpower and challenging the market dominance of advanced economies, while at the same time holding off rising competition from other developing countries. Premier Li Keqiang, in his opening address of the Two Sessions, stated that international companies were welcome to participate and would “enjoy the same preferential policies under Made in China 2025.” However, domestic market-share targets, large-scale subsidies for domestic firms, and government financing of overseas technology acquisitions have led many to see the initiative as a form of economic nationalism.

Conquering Tomorrow While Keeping the Past

Made in China 2025 is forward-looking and aims to control tomorrow’s technologies, particularly those related to smart manufacturing. The plan envisions a mastery of high-end technology segments such as robotics, semiconductor chips and big data analytics, among other identified ‘winners.’ The head of the National Development and Reform Commission (NDRC), Ning Jizhe, stated during the Two Sessions that: “Made in China 2025 is focusing on high-end, intelligent, and sustainable manufacturing.” The plan is also a defensive strategy to protect low-end manufacturing segments that are threatened by other developing countries as Chinese wages rise. Advanced manufacturing and digital transformation have been identified as the best way of maintaining an advantage. Unlike the West, China intends on keeping its manufacturing base, from textiles to low-end electronics, even as the country aims to move up the value chain.

To meet the goals laid out in Made in China 2025, the government is using a mix of policy measures that favor domestic companies. These include various forms of market access barriers. Large swathes of China’s economy have been labelled off-limits to foreign participation. These include areas often designated as “critical infrastructure” such as telecom, energy and finance, and have also been extending to other sectors such as the internet, entertainment and education. Indirect barriers such as cybersecurity regulations and standards also provide the government with tailored instruments to create advantages for domestic players. Perhaps the most crucial part of Made in China 2025 has been overseas technology acquisition, often politically driven and financially supported by Chinese government funds. This is crucial if China is to meet its Made in China 2025 objectives.

Foreign companies in China are increasingly being pressured, if not required, to contribute to China’s technology upgrading agenda laid out in Made in China 2025. Businesses in China are not only facing competition from domestic firms that are slowly catching up, but also face the risk of Chinese firms acquiring their international competitor. A business that becomes Chinese through acquisition can then receive government support and other domestic advantages, potentially putting their foreign business competition at an immediate and severe competitive disadvantage both domestically and globally.

In the face of Made in China 2025 and other industrial upgrading policies, there are increasing calls for trade and investment reciprocity. Several recent high-profile acquisition attempts by Chinese firms in Europe and the United States have been blocked, including the purchase of the semiconductor company Aixtron by the Fujian Grand Chip Company. As China 2025 cannot succeed without the technology and participation of foreign companies, the time might be right for the country to craft a new type of relationship with multinational companies, one which matches the win-win rhetoric of this year’s Two Sessions.

This piece was written with assistance from Yining Yuan. 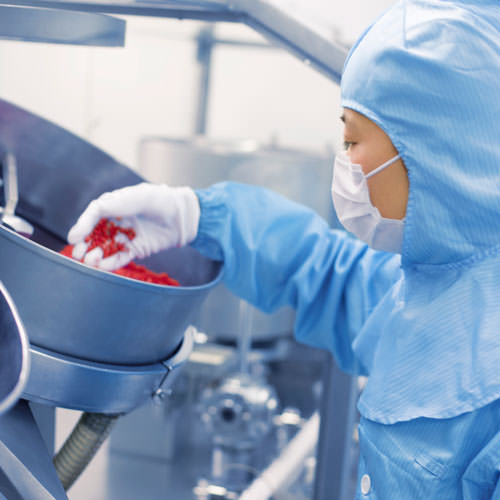