On May 15 and16, senior diplomats, trade officials and representatives from the business community on both sides of the Atlantic assembled in the outskirts of Paris for the second meeting of the U.S.-EU Trade and Technology Council (TTC). The forum—established to help resolve long-standing bilateral issues and align American and European policies in areas such as export controls, investment screening and supply chain resiliency—was heralded by both sides as a major step forward in transatlantic cooperation and as instrumental in coordinating trade sanctions on Russia following its invasion of Ukraine.

The TTC, a transatlantic cooperation mechanism first proposed during the U.S.-EU Summit in June 2021, was an early accomplishment of the Biden administration in fostering closer relations with its European allies. Established against the backdrop of a pandemic-induced global supply chain crisis, the forum set out to address long-standing trade disputes and establish common ground from which to project strength and develop coordinated approaches to key global technology, economic and trade issues.

The first meeting in September formed 10 working groups with remits spanning export controls, investment screening, technology standards, supply chain security and global trade challenges. Given the working groups’ focus areas, the TTC was widely perceived as a forum for the EU and the United States to coordinate on common China-related trade and technology issues. The EU has been more active than the United States in trying to alter this perception.

Outcomes of the Second Meeting

Russia was a central issue for the second TTC meeting this May, with senior U.S. and EU representatives citing joint trade action against Moscow as one of the defining achievements of the Council. Meanwhile, there were only three direct references to China in the joint statement issued following the event. These included a nod to shared concerns over China’s dominance in the rare earth minerals market and growing human rights concerns.

The second meeting of the TTC this May allowed parties to take stock and review progress made by the 10 working groups. Notably, the second meeting announced a number of actionable steps, including plans to establish the U.S.-EU Strategic Standardization Information (SSI) mechanism which will enable Brussels and Washington to share information on international standards development. On supply chain resilience, the two sides agreed also to develop an early warning mechanism for semiconductor supply chains, to prepare for supply chain disruptions, and to enhance transparency to avoid subsidy races.

Broader Implications of the TTC

While the TTC’s second meeting brought about several implementable outcomes across numerous focus areas, the more pertinent outcome from the second meeting was the broader implications of closer transatlantic cooperation on trade and technology issues in the face of a perceived rise in the ambitions and capabilities of European and American adversaries.

The opening of the joint statement describes the U.S.-EU partnership as “a cornerstone of our shared strength, prosperity, and commitment to freedom, democracy, and respect for human rights,” while all the first six points directly condemn Russia’s actions against Ukraine. Overall, the joint statement implicitly juxtaposes the U.S. and EU-led multilateral rules-based order upholding international law, freedom of the internet, fair global markets, responsible technology governance, democratic values and human rights against actors like Russia and China.

Likewise, for the Biden administration, the TTC forms just one component of a strategy aimed at forming economic, trade, technology, and security initiatives with “friendly” partners around the globe—with a focus on the Indo-Pacific. Alongside the TTC, global security alliances like AUKUS and the Quad, as well as regional economic groupings like the Indo-Pacific Economic Framework (IPEF), are viewed by Beijing as U.S. attempts to form a number of anti-China coalitions. In a recent address outlining the Biden administration’s approach to China, Secretary of State Antony Blinken noted that a key component of the Biden strategy to confronting China would include greater alignment with allies and partners through platforms like the Quad, AUKUS, and IPEF. While these efforts may not necessarily result in tangible policy outcomes or formal trade deals, Beijing is on alert over Washington’s renewed commitment to multilateral engagement in the region. After all, this mirrors China’s own foreign policy strategy in recent years, from leading the Regional Comprehensive Economic Partnership (RCEP) and the Belt and Road Initiative (BRI) to applying to join the Comprehensive and Progressive Agreement for Trans-Pacific Partnership (CPTPP) and the Digital Economy Partnership Agreement (DEPA), all of which the United States is not part of.

While Russia’s war against Ukraine was top of the agenda at the second TTC meeting, Secretary Blinken’s May 26 speech makes clear that Washington’s top foreign policy priority is confronting China. This comes at a time when EU-China relations have come under increased strain, from China’s “no limits” partnership with Russia and its failure to condemn Russia’s invasion of Ukraine, to the side-lining of the EU-China Comprehensive Agreement on Investment (CAI), to the recent diplomatic fallout between China and Lithuania over the Lithuanian government’s recognition of Taiwan. The third TTC meeting is expected to reflect further coordination by the United States and EU on China-related issues. 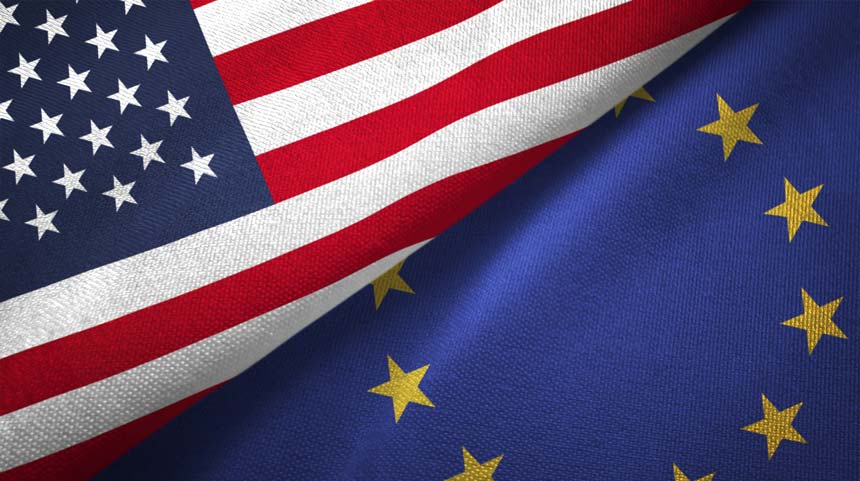