On May 26, U.S. Secretary of State Antony Blinken unveiled the Biden administration’s long-awaited China strategy at a public event in Washington, DC. The strategy is organized around three pillars: invest, align, and compete. Invest refers to the Administration’s domestic efforts to increase federal R&D and infrastructure spending; align is tied to the United States’ security and diplomatic coordination efforts with allies and partners in shared areas of interest and concern; and compete speaks to the security, diplomatic and economic initiatives the U.S. is pursing in its global contest with China. Below are four key takeaways for businesses.

Chinese reaction in media so far has been muted. A short article covering the speech was published in mainstream media including Sina, 163, Sohu, and the Global Times. However the headline of these pieces is neutral: “Blinken’s China Speech: US isn’t looking for conflict or a new Cold War.” The Ministry of Foreign Affairs spokesperson commented on the speech in his press conference, but the response was measured, likely because there was nothing new or surprising in Blinken’s speech.

Blinken’s speech weaved together various components of what was already known about the Administration’s policy toward China, adding a defining objective to the activities the Administration has pursued during its time in office regarding China and U.S. partners and allies with a common concern. For example, the invest pillar of the strategy is based in the successful passage of the Infrastructure Investment and Jobs Act last year, as well as ongoing efforts in Congress to increase federal R&D spending and domestic semiconductor production capacity. These efforts are intended to boost long-term American productivity and economic competitiveness. The speech also provided a common narrative around previously separate diplomatic groupings like the Quad and the U.S.-EU Trade and Technology Council, which is to shape the international environment around China with the help of likeminded partners. As Secretary Blinken put it: “These actions are all aimed at defending and, as necessary, reforming the rules-based order that should benefit all nations.”

A diplomatic departure in rhetoric from the previous administration

While there has been a degree of continuity between the Biden and Trump administration’s approach toward China—for example, the Trump-era tariffs still in place—Secretary Blinken’s speech highlighted a fundamental difference in approach through less combative tone. He made clear that stability between both countries, even in the face of extensive disagreement, is a priority for the Administration. In contrast to former Secretary of State Mike Pompeo’s July 2020 speech which nearly called for regime change, Secretary Blinken stated that “we do not seek to transform China’s political system” and called for guardrails in the relationship to ensure that competition does not veer off into conflict.

While aspects of bilateral competition dominated his speech, the Secretary also underscored the need for both countries to cooperate on consequential transnational issues like climate change and global health. “Climate is not about ideology. It’s about math. There’s simply no way to solve climate change without China’s leadership,” he said, and that on issues on COVID-19, “our fates are linked.”

The focus on human rights will continue

The speech made clear that human rights and labor will continue to play a central role in the Administration’s approach toward China: “We will work to ensure that U.S. companies don’t engage in commerce that facilitates or benefits from human rights abuses, including forced labor,” Secretary Blinken said. These remarks are in line with the Biden Administration’s focus on what Administration officials have characterized as a genocide in Xinjiang, and their support for the Uyghur Forced Labor Prevention Act, the main legislative vehicle passed last year in response to reports of forced labor from Xinjiang in supply chains. Blinken also underscored the diplomatic efforts the U.S. has undertaken with allies and partners to bring and keep attention on China’s human rights practices- a central tenant of the align pillar of the strategy.

This speech is in the context of recent public sparring from Administration officials regarding the future of the U.S. section 301 tariffs on imports from China, which contradict each other and have elevated uncertainty as to how the Administration plans to move forward on trade with China. Blinken did not indicate a direction for U.S. trade policy specifically, but he did emphasize the importance of reciprocity in market access for U.S. businesses in China, which was welcomed by industry groups. More broadly, Blinken discussed China’s intent to create a closed global economic system through distortive market-practices and industrial espionage—all while making the world more dependent on China.

The Biden Administration response to this threat is outlined in the compete pillar. Businesses should expect a continued emphasis on export controls for emerging and foundational technology, protections on academic research, and a renewed interest in governing outbound data flows. It is also clear that the Administration will support restriction or monitoring in some form of outbound investment, as proposed in the House version of the China competition bill, now in conference by legislators on the Hill.  “We’re counting on businesses to pursue growth responsibly, assess risk soberly, and work with us not only to protect but to strengthen our national security”, he said. This is a focus that could have wide ranging consequences beyond simply the high technology sector. 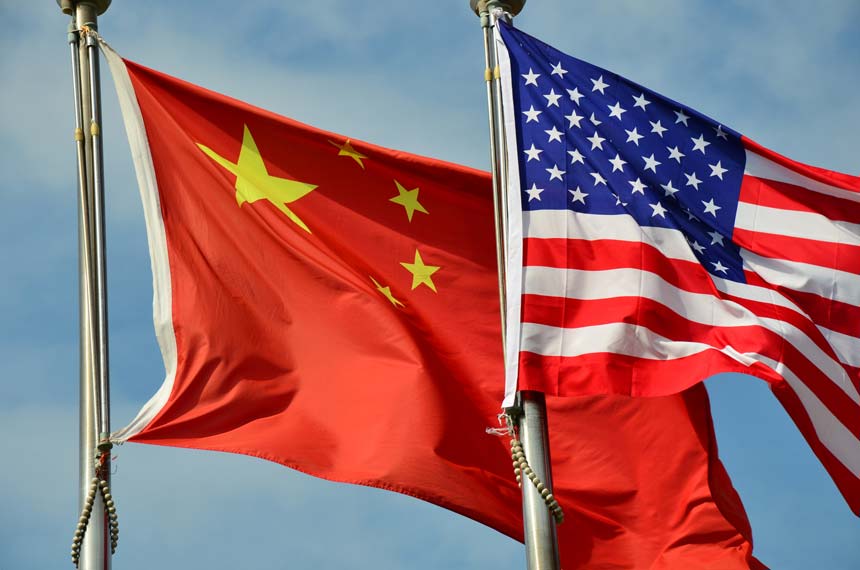