As previously reported by APCO Worldwide’s Tel Aviv team, the new Israeli government was formed after a political deadlock of more than a year and three inconclusive elections. The agreement’s unique power-sharing arrangement includes a transfer of the premiership from incumbent Prime Minister Benjamin Netanyahu to Blue and White party leader Benny Gantz midway into the government’s three-year term. In light of the COVID-19 pandemic, the government will operate under “emergency” status for the first six months, advancing legislation solely related to the virus and its impact. The government is Israel’s biggest and largest ever, with a record 35 ministers, which has drawn considerable domestic criticism expressing concern at its largesse in a time of global crisis.

The existence of two blocs with veto power over the other side poses a practical challenge to the internal cohesion of the government and in advancing legislation. Likewise, Gantz and Netanyahu’s alliance in the government is one of convenience born out of an unprecedented global and national emergency rather than shared interests and vision for the country. This could generate a level of mistrust that could significantly impede policymaking, especially following the end of the six-month “emergency” phase of the government.

Additionally, Prime Minister Netanyahu’s criminal trial opened on May 24, concerning allegations of fraud, breach of trust, and corruption. There is concern that the ongoing trial could inhibit Netanyahu from carrying out his duties as prime minister and, more broadly, could complicate government policymaking. In sum, this government can be likened to the concept of “Mutually-Assured Destruction” (MAD), in which stability rests on the calculations of the rival blocs seeing more benefit in collaboration than infighting.

The COVID-19 pandemic wreaked havoc on the Israeli economy and surged unemployment from 4 percent to about 27 percent, causing particular harm to small businesses; because of the crisis, Israel is expected to experience its first year of negative growth since the early 2000s. Likewise, the lack of a permanent government since early 2019 had already contributed to a budget deficit that reached as much as 3.9 percent of the GDP (well above the target 2.9 percent). In this context, the new government will face pressure to raise taxes, as well as weigh other options to generate needed revenue.

The next government will face widespread pressure from the public to expand activity to near-normal levels before the pandemic, balanced by public health considerations. Sectors that were acutely harmed by the pandemic—including tourism and hospitality—will be particularly keen to secure government assistance in their efforts to restore business operations. The pandemic will likely accelerate the trend of previous governments to invest in digitizing government service, while it similarly could spur government measures to encourage private enterprises to expand their online business capabilities.

One of the biggest challenges for Israeli policymakers in the past decade has been the greater integration of the fast-growing ultra-Orthodox minority into the economy and broader society. The coronavirus pandemic disproportionately affected this community, in part by their lack of access to modern technologies and mainstream media, as well as a disregard to the national authorities. Additionally, there remain longstanding, unresolved debates about the military enlistment of ultra-Orthodox men and issues of religion in the public sphere, which sharply divide Israeli society.

The next coalition could face pressure from ultra-Orthodox parties on certain issues of importance to the community, in which they could threaten to topple the government over their opposition to certain policies. On the other hand, Gantz’s party initially campaigned on bringing more pluralism and tolerance for secular lifestyles in the public sphere and could be pressured by his base to avoid kowtowing to ultra-Orthodox demands on the above-mentioned issues.

Relations have been fractious between the 21 percent Arab minority and successive Netanyahu-led governments in the past decade, while controversial legislation such as the 2018 Nation-State Law has left some among the Arab community feeling marginalized in their country. However, recent governments have also prioritized greater Arab economic and social integration as a key national objective, which has led to increases in Arab participation in higher education and the tech economy.

With the Arab-led Joint List party now the fourth largest in the legislature and a key opposition stakeholder, the interests of the Arab community are likely to be given greater focus in the new Knesset. These include tackling discrimination and inequalities in budget allocations and policy prioritizations, especially in areas such as housing, infrastructure and education. Additionally, the Joint List is poised to become the main parliamentary critic of Israel’s military presence in the West Bank and regarding its Palestinian policies—factors that could complicate its relationship with the government and its advocacy on domestic issues.

Netanyahu had pledged in the last two elections campaigns to annex West Bank settlements and other areas of the territory. The coalition agreement gave the Netanyahu-led bloc exclusive authority to advance legislation on annexation—the one issue in which Gantz’s camp does not enjoy veto power —allowing for a July 1, 2020 start date for the process. Gantz has expressed misgivings about the annexation though it remains to be seen how his bloc would respond should the process begin. Even if the Blue and White party is contractually unable to restrain the Likud-led bloc on the issue, it could threaten to topple the government should it find the policy too unpalpable.

The move would challenge Israel’s diplomatic standing, as it is strongly opposed by the Palestinian leadership and much of the international community. It would certainly require prior approval and coordination with the Trump administration – which signaled a possible willingness to endorse the moves in its peace plan unveiled in January 2020. But even if such a green light is granted, the government would have to consider that a future U.S. administration could reject its predecessor’s policy on the matter. In the near-term, the move could harm Israel’s relations with key partners in trade and scientific-technological cooperation such as the EU. Regionally, annexation threatens to upset the delicate strategic relations with the Palestinian Authority and Jordan, both of which have already expressed strong opposition.

Like its predecessors, the new government will face long-term security challenges on several fronts, which will occupy a considerable amount of its time and resources. These will likely include clashes with Hamas in Gaza and Iran-backed forces in Syria and Lebanon, along with potentially renewed West Bank tensions. These longstanding security issues could divert the government’s attention and budgetary decisions away from the COVID-19 pandemic and economic affairs. Moreover, internal rifts on security and defense issues could generate inertia and potentially even threaten the viability of the coalition, as has occurred in some past governments. 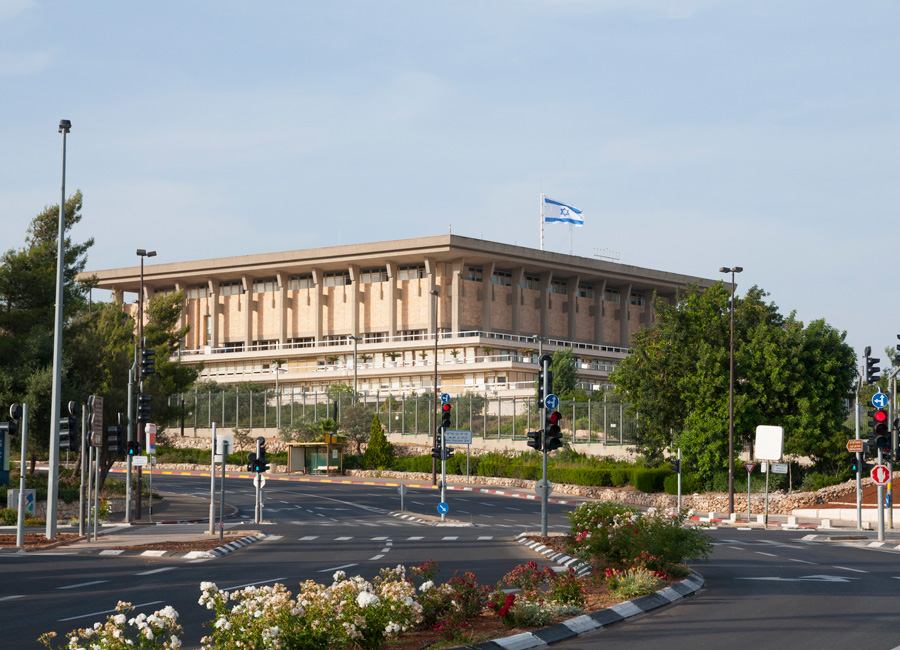