On May 17, 2020, Israel’s 35th government was sworn in, actualizing a power-sharing agreement between incumbent Prime Minister Benjamin Netanyahu and Blue and White party chief Benny Gantz. In mid-April, Netanyahu and Gantz had signed a deal on forming a national “unity government” unlocking a year and a half long political stalemate, which had witnessed three inconclusive elections. The deal forms a three-year government in which Netanyahu will serve as prime minister until November 2021, after which Gantz assumes the premiership for the remaining 18 months. Due to the overwhelming impact of COVID-19, first six months of the government’s tenure will be characterized as an “emergency,” during which only legislation directly related to the pandemic can be advanced. The accord’s unique stipulations were challenged in petitions to Israel’s High Court, though were upheld in the court’s ruling.

Gantz’s pivot towards Netanyahu surprised many observers, as he had campaigned on the explicit aim of dethroning the long-serving prime minister. After the March 2020 election, Gantz was endorsed by 61 members of the 120-member Knesset—to Netanyahu’s 59 recommendations—and was tasked by President Reuven Rivlin with trying to form the next government. Despite his apparent mandate to replace Netanyahu, Gantz faced obstacles in assembling a viable coalition. Some individuals within his Blue and White party and among presumed coalition partners opposed forming a government with the support of the Arab-led Joint List party—over its positions on the Israeli-Palestinian conflict—while another flank stood firm against a coalition with Netanyahu under any circumstances.

As the COVID-19 pandemic intensified in late March and the specter of a fourth election grew increasingly possible, Gantz reached a deal with Netanyahu’s 36-seat Likud party to begin coalition talks. The move, however, was opposed by several Blue and White leaders and led to the departure of two of the three factions that made up the 33-seat party, leaving Gantz’s with just 17 remaining seats. Many of the party’s voters likewise criticized Gantz as betraying his core campaign pledge, though Gantz has stood by his decision as a painful, but a necessary one, noting Israel’s acute, immediate challenges.

The coalition agreement codifies the new government as being composed of a Netanyahu-led “Likud bloc” and the Gantz-led “Blue and White bloc,” with an equitable division of power among the two. The makeup of the government cabinet and committees—including the pivotal committee for introducing Knesset legislation—are required to have equal representation of the blocs. For nearly all legislation to move forward, the approval of both blocs is required. In this context, the government will initially have 35 ministers and eventually expand to 36—with an equal number ultimately being assigned to the Netanyahu and Gantz blocs.

The coalition includes 73 MKs in the 120-seat Knesset: 54 from Netanyahu’s bloc and 19 from Gantz’s bloc. From Gantz’s left-wing flank, two members of Labor have joined the government—though a third Labor party member choose to sit in the opposition—along with two security-oriented MKs who stayed loyal to the Blue and White leader when their Telem faction departed the party, and have rebranded themselves as “Derekh Eretz.” Netanyahu’s bloc includes the ultra-Orthodox parties, United Torah Judaism and Shas—longstanding allies that have served in several recent coalition governments. Netanyahu also reached two last-minute agreements with individual MKs to enter the government and receive ministerial appointments in return: Centrist Gesher party head Orli Levi-Abekasis broke away from her electoral alliance with Labor to join the Likud bloc, while outgoing interim Minister of Education Rafi Peretz left the religious-nationalist Yamina party to join the government as an independent. The five remaining MKs of Yamina—which in recent years had been a stalwart ally of Netanyahu—chosen to sit in the opposition following failed negotiations to join the coalition.

Analysis of the new Government

Composition of the Israeli Legislature (Knesset) 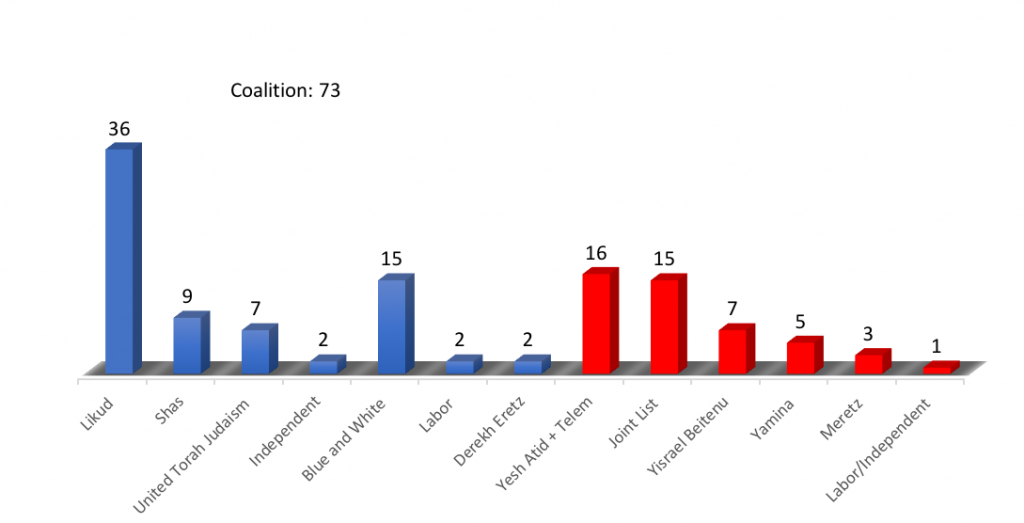 In addition to the sensitive internal political dynamics, the government will immediately face numerous policy questions on how to address the lingering economic impact of the COVID-19 pandemic. Additionally, Israel’s unique social and geopolitical characteristics will contribute to other dilemmas. APCO Tel Aviv evaluates these challenges facing new Israeli government in a follow-up analysis here. 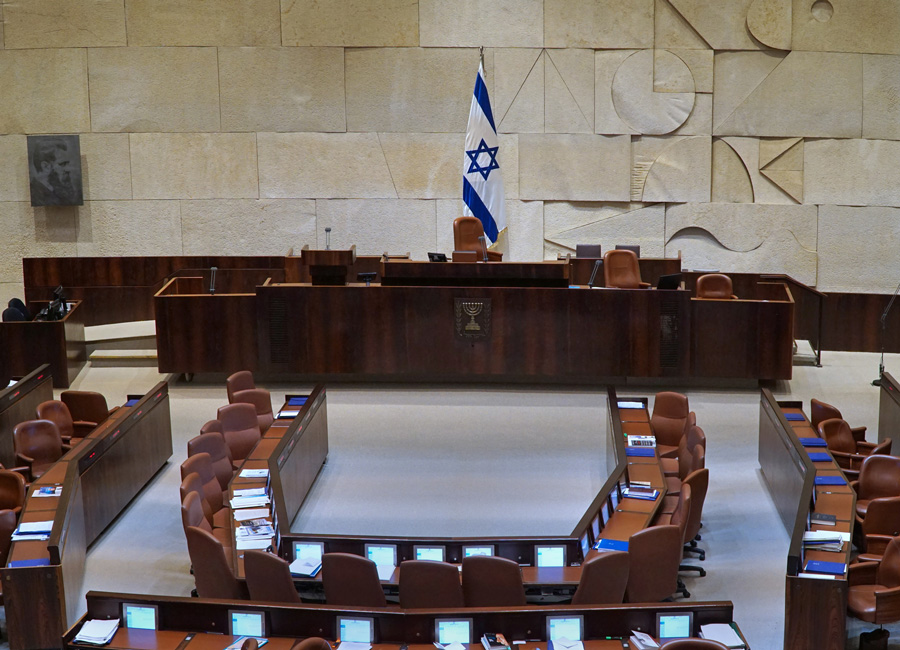