What Did We Learn, What Do We Know, Now What?

With the defeat of the ACA repeal and replace bill done in rather dramatic, but predictable fashion, three questions are raised: What Did We learn? What Do We Know? Now What?

What Did We Learn? We learned that policy and people can prevail over politics and process. In the end, the idea that millions of Americans would lose their health insurance, and thus access to health care that millions were already using, asked too much for several Senators.

How many fell into this category? It is hard to tell as there is much speculation that one of the reasons Senator McCain voted no, beyond his own clear reasoning, is that he was doing it to provide cover for several other Republicans who also felt the same way. With McCain’s vote they did not have to join him. McCain’s point – what can Trump do to me?

No amount of political pressure, including threats by Interior Secretary Ryan Zinke against Senator Murkowski and the state of Alaska (this may have actually backfired as immediately after the vote, Senator Murkowski postponed a hearing on several Interior Department nominees), worked. And no amount of process maneuvering convinced enough Senators to vote yes, even on the “Skinny” bill, which was cynically designed just to get the Senate to approve a bill so they could go to conference with the House. But it was not intended to ever become law and that just didn’t set right. So at this point, regardless of what Republicans do next, this question remains for any new ideas – how many people will lose coverage and how much will premiums increase? Taking away an existing benefit may be the hardest political action. The proof? It’s never been done.

What Do We Know? The debate is not over. While it seems clear that Senate Majority Leader McConnell is moving on, Tea Party members in the House are talking about forcing another vote. And so is President Trump.

It seems unlikely, given McConnell’s comments about moving on to tax reform, that repeal and replace will resurface anytime soon. The legislative clock is working against those who think they should continue the effort to repeal and replace the ACA. Congress only has so many legislative days left for the year and still must pass a bill to raise the debt ceiling, adopt a budget and funding bill for 2018. Also, the Senate must continue its work to approve administration nominees.

President Trump is also indicating via Twitter that he will not approve cost sharing reimbursements (CSR) for August and going forward. If he takes this step it will lead to even higher premiums, greater cost to the government and a risk of direct blame for Republicans as such action would also lead to fewer Americans covered by insurance. In the end, access and use of health care for millions may disappear if he does this. But we also know that a group of House members – the Problem Solvers Caucus – have been meeting and announced a series of steps to help stabilize the marketplace that includes making the CSR payments and changing the language in law that is at the heart of the dispute. All of this is framed by the coming August court date to consider the court’s ruling from last year that put the CSR program in the position of having the White House make month to month decisions on payments.

Now What? Politics and reality often go hand in hand, but just as often they do not. In the case of the ACA it is the latter. The reality is that the ACA is working despite all the rhetoric coming from Republicans in Congress and the president. But it is not working well.

Because of the unknown status of the CSR payments, health plans are raising premiums on the assumption they will have to absorb the costs despite the law’s requirement they make these subsidies available to those who qualify and the government’s responsibility to reimburse the health plans. It’s a little like a supplier of car parts saying to an auto maker, I might not have your parts at the price we agreed on and signed a contract about and will only know near the end of the month, but then again, I might just stop providing you with the parts altogether. Not a particularly good business partner.

The good news is that evidence suggests that health plans are beginning to either make money on ACA plans or are losing much less with a pathway to profitability. Still there are several changes that many policy experts agree should be made to make the program work better for Americans. In addition, for the most objectionable parts such as the individual mandate, a compromise might be possible but would take time and regular order to accomplish, not a backroom deal made by a few with only a political objective as the goal. 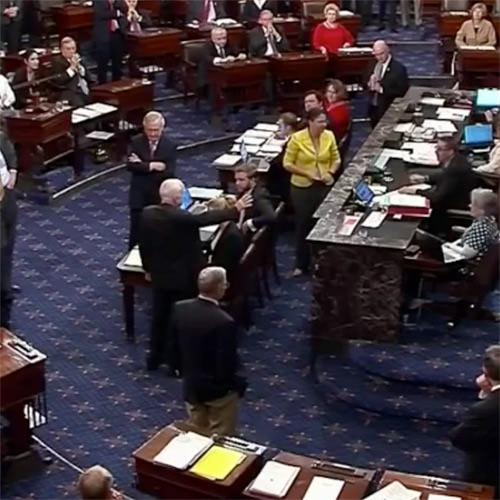