European brands are looking at Japan, the world’s third largest economy, as a new market to tap into. The EU-Japan economic partnership, in fact, comes into force on Feb 1, boosting trade in goods and services as well as creating opportunities for investment between the European Union and Japan. The economic impact could be massive for those European companies that will be able to leverage the new arena, as the agreement creates the world’s largest free trade zone.

This also means communicators sitting in the European capitals need to arm themselves with new expertise and capabilities to effectively navigate the Japanese landscape. The Land of the Rising Sun is a market quite different from the West under many aspects – from business manners to news consumption, from consumer expectations to government priorities. There will be a need to understand Japan’s peculiarities in many spheres.

Let’s take the media relations area as an example, and see what insights we can offer on how a communications team can win over Japan’s challenges:

Press clubs exist in other parts of the world, but the relevance and strictness they have in Japan is unrivalled. They are news-gathering associations of reporters grouped around a ministry, a trade association or a major organization. The selected member reporters sit in the press room of the club and are dedicated to write on the information received from the specific source of the club.  Freelancers are not able to join the press clubs, and foreign media are also restricted from becoming members. For the private sector, it is common to distribute press releases or media invitations to specific press clubs. European companies need to map their interests in Japan and determine what press clubs are relevant for their objectives, as these are a major gateway to get the message out.

Newspapers are declining globally. In terms of circulation, revenues, trust. But the decline is not that acute in Japan, where print media still dominates the news ecosystem and actually have the largest circulation of the world. Yomiuri morning edition’s circulation in November 2018 was 8.4 million – a world record certified by the Guinness Book. Other top newspapers include Asahi Shimbun, Mainichi Shimbun, The Nikkei – whose group now also owns the Financial Times – and Sankei Shimbun. Even the smallest of the group – Sankei – reaches 1.5 millions. And the Nikkei boasts the world’s largest circulation for a daily economic and business newspaper, with about 2.7 million copies. So yes, digital media are a thing here as well – but do not underestimate the dominance of the print media, especially when you want to target the older population segments (which in Japan are the largest as well). Old-fashioned glamour: make sure you have a fax, and you know how to use it. Emails are used, but when distributing press release or sending out media event invitations, fax is still one of the main tools to reach out to media. Alternatively, it is good practice going to the press club and handing physical copies on the journalists’ desks. Time-consuming, but effective.

In Japanese it’s called “kao wo dasu” and means “showing one’s face”. It’s a key factor in building and maintaining good business relationship in Japan. Meeting face-to-face allows for a smoother communication and reporters here do appreciate that. Especially with journalists working for major media, which retain a traditional culture, communication in a “Japanese way” – which often requires spending time on the traffic and talking in face – is still preferred as it shows respects and nurture trusts.

4. Local expertise (and Japanese language) is a must

It’s no secret Japan is largely a mono-linguistic, traditional society. Local insights into culture and societal expectations are necessary, from knowing the business manners to considering local social event calendars, media characteristic and audience preferences. Japan usually requires a specific – if not unique – business approach. Tied to this, there’s the language. Japan ranks 49th among 88 countries for English skills in the latest edition of the world’s largest ranking of countries and regions by English skills. Things are slowly improving, but truth is most locals simply don’t speak English and English-language publications are a small handful. Simultaneous interpretation is the norm in foreign executives’ interviews, for example. You need a Japanese speaking team to have an impact, there’s simply no way out.

These are just a few basic insights to help navigate Japan. It’s a peculiar and insulated market, but once communicators acquire the skills and capabilities to master it, they will find it even more rewarding than many Western markets. Its media landscape is large and more relevant than ever. Japanese reporters are eager to receive well-packaged, articulated and relevant story pitches from brands and organizations. Just takes some preparation to make the best out of it. 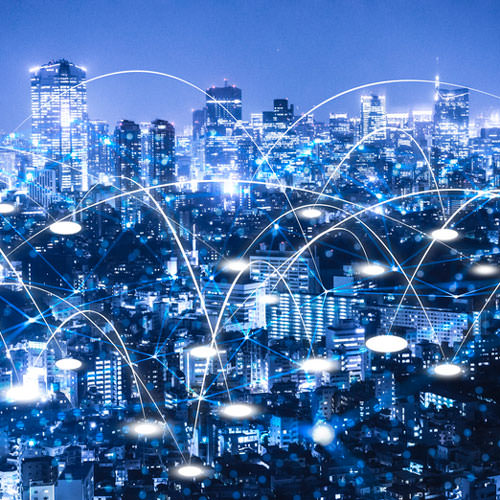