MGM Resorts International’s public image took a major hit following its decision on July 13 to file a lawsuit alleging it had no responsibility of any kind to the more than 2,500 victims of the mass shooting that took place at its Mandalay Bay hotel and casino last October. While MGM said it was not seeking damages, its suit against those who had previously sued the company or had pending litigation, seeks protection under a federal law that immunizes companies from liability for “terrorist attacks” under certain circumstances.

MGM’s action sparked immediate outrage not only among the surviving victims, but among potential customers, as the hashtag #BoycottMGM went viral. Media quoted representatives of the victims castigating the company for its decision.

Both the decision to sue and its timing demonstrate the challenge that companies have when presenting legitimate legal arguments or defenses that can present the company as uncaring or heartless. These issues most often arise when personal or environmental injury is involved and the decision to make the argument may be dictated in part by the company’s insurer, whose primary considerations are financial, not reputational.

To minimize the reputational damage that legal filings or arguments can cause, a company’s legal and communications counsel must work closely together. When sensitive filings are under consideration, the following questions should be asked:

Is now the proper time for this filing?

Sometimes cases will settle or other issues will arise that will make a sensitive filing unnecessary. If there is not a procedural deadline or strategic value in making a sensitive filing, it is often beneficial to wait to see how the case develops.

Can we easily explain our position and if not, can we line up experts to help?

What was left out of many stories is that MGM is relying on a 2002 federal statute that absolves a company from liability under certain circumstances if the cause was a “terrorist” act and the defendant had taken some steps to guard against such act. To take advantage of this law, the case must be brought in federal court, so procedurally, MGM had to “sue” the victims to get the case into federal court. Not quite a sound bite. In high visibility and complex cases, background information can be provided to key reporters and third party experts can be prepared to respond to questions or even write op-eds explaining the strategy.

How strong is the case on which the sensitive filing is based?

In some litigation, plaintiffs or defense lawyers will try every approach or theory they can come up with and not all will be of equal strength. If the sensitive filing is based on a theory that is highly unlikely to prevail, the company may want to weigh that against the reputational impact of the filing. In the MGM case, it appears that the law is fairly untested and there are those experts who have suggested that MGM will not prevail.

Does the financial benefit outweigh the reputation risk?

Because lawyers like to fight over lots of issues, large and small (this, coming from a recovering lawyer), it is also important to assess whether the financial benefit of the sensitive filing outweighs the reputational risk. It certainly does in the MGM case. By contrast, a few years ago, in the negligence lawsuit that comedian Tracy Morgan filed against the trucking company that employed a trucker who had blindsided his lavishly equipped tour bus, causing him severe injuries, the company raised the issue that Morgan may not have been wearing his seat belt, thus contributing to his injuries. While this may have been an appropriate legal strategy, it opened the company to be ridiculed as it’s unlikely that any jury would have found Morgan at all responsible for his injuries.

While companies can never avoid the reputational impact of litigation, especially when they are defendants, by considering these questions and maintaining close collaboration and mutual respect between their legal and communications functions, they can reduce the reputational risk. 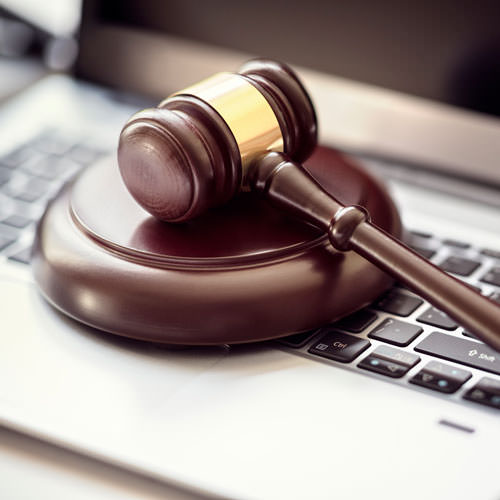