Israelis are heading to the polls again on September 17 after Prime Minister Netanyahu’s failure to form a coalition government after the April 2019 elections. While Israel has a notoriously turbulent political system, this is the first time in its history that national elections are being held twice in one year.

The elections will be held under the shadow of a growing divide in Israeli society, a weakening economy, a growing budget deficit, a deteriorating security situation around Gaza and in the Palestinian Territories, and a possible indictment of Prime Minister Netanyahu, which was announced at the height of the previous election campaign.

With less than a month until Israel’s repeat elections, opinion polls signal the possibility of a repeat result, with Prime Minister Netanyahu (Likud) yet again unable to form a majority right-wing coalition with the ultra-Orthodox parties. In recent interviews, the opposition Blue and White party list’s second-in-command, Yair Lapid, noted that he foresees the Likud party abandoning their leader to form a unity government with Blue and White. With additional list mergers in the months between the two elections, and only nine (out of 32) parties expected to pass the threshold of votes to enter the Knesset, alliances will determine the fate of the next Israeli government. 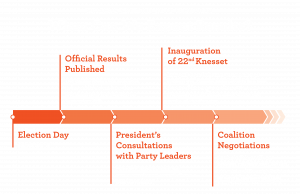 While the issues from the April elections remain core concerns for the Israeli public, here are some additional factors to consider in the lead up to the September elections.

Israel’s election law permits absentee ballots only for diplomats and soldiers. Otherwise, Israelis must physically be in Israel and cast their ballot at their designated voting location on election day. The election falls just two weeks after the beginning of the school year and two weeks prior to the annual Jewish high holidays.  With leisure travel down during this period, we may see an increase in voter turnout for this election, the first to be held between the summer vacations and Jewish holiday season.

In the months between the two elections, the Israeli political landscape has witnessed several realignments. Fearful of losing votes, both sides of the political spectrum have seen party mergers, forming core ideological blocs.

Avigdor Lieberman, Chairman of Yisrael Beiteinu and former Minister of Defense under Netanayhu’s government, is largely seen by the public as the deciding vote that will determine the future makeup of the coalition government.

Lieberman’s refusal to join a Netanyahu-led coalition that appeased ultra-Orthodox demands, was the straw that broke the camel’s back and prompted repeat elections. As such, his recommendation to President Reuven Rivlin following the election will be critical to Netanyahu’s ability to form a 61-seat coalition majority.

Lurking in the backdrop is Israel’s growing budget deficit. While the country’s legislative body has been on hiatus for much of 2019, Israel’s budget deficit has soared to 3.8 percent of GDP due to both a stagnation in tax revenues and a jump in spending by government ministries. Tax increases and spending reductions were expected following the April elections. As the 21st Knesset was dissolved without budget negotiations, Israel can expect its widening deficit to expand through at least the beginning of 2020.

Thus far, international credit rating companies have not downgraded Israel’s score yet, signaling that they believe that once a government is formed, the deficit will be dealt with immediately—especially since there is a relative consensus among Israeli politicians on the need to maintain a responsible fiscal policy.

With that said, the next government will be tasked with lowering the government’s deficit in one way or another. The Bank of Israel has claimed that increased taxation will be inevitable however, the current Minister of Finance Moshe Kahlon recently argued that this isn’t necessarily the route a Likud-led government would take. Kahlon has argued that he’s in favor of privatization of major Israeli companies, investing in transportation infrastructure and job training for the Arab and ultra- Orthodox sector who traditionally have had less of a role in the workforce.

In light of the growing deficit, the Central Bank published an in-depth report with actionable items for the next government mainly focusing on boosting Israel’s relatively low level of labor productivity. The main themes throughout the report include increased investment in education and infrastructure projects as well as reduced bureaucracy and improvement of the regulatory environment. The report estimated the price tag at about NIS 45 billion (approx. USD 12.7 billion) that would be financed by eliminating spending in areas that don’t contribute to higher productivity such as tax subsidies for industry throughout Israel’s periphery and/or by raising taxation.

When can we expect results?

The unofficial results are expected on September 18 with official results published no later than one week after the election on September 24. After this, President Rivlin will commence formal consultations with list leaders. With the Jewish holiday season set to begin on Sunday, September 29, President Rivlin will have little time to consult and appoint the Knesset Member with the best chance of forming a coalition.  The new Knesset must be inaugurated within two weeks of election day. As the holidays will run through October 22, we will see neither coalition negotiations to form a government nor a hearing on the Prime Minister’s possible indictment until late October at the earliest.  A functioning government is not expected to be sworn in before the end of November. 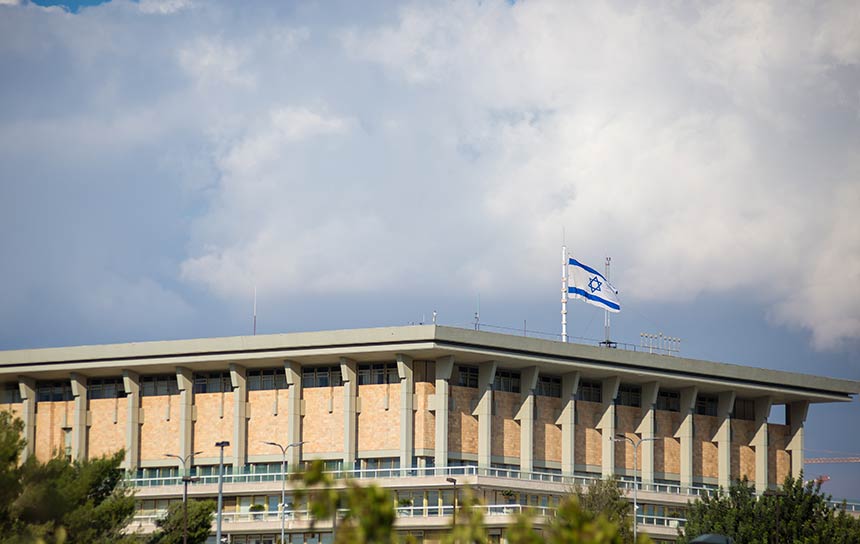