President Trump’s “America first but not alone” speech captured headlines at the close of last month’s World Economic Forum in Davos, Switzerland, which I attended. The speech stood out for its calm and conciliatory tone and for clearly attempting to address the theme of this year’s gathering: “Creating a shared future in a fractured world.”

Our shared future, as the four-day forum made clear, isn’t merely about international trade and cooperation, though both are crucial to future prosperity. It’s also about business and financial leaders using their vast resources and global reach to tackle such complex 21st-century social issues as poverty, joblessness, digital illiteracy and climate change.

As Klaus Schwab, founder and executive chairman of the World Economic Forum, said so eloquently at the start of this year’s gathering, “The big issues in our world cannot be solved by governments alone, by business alone, or by civil society alone. We need collaborative efforts.”

The question is, what kind of collaborative efforts? And how can corporations successfully embrace what I like to call “responsible capitalism?” BlackRock CEO Larry Fink made news before arriving in Davos with his announcement that the world’s largest money manager will weigh companies’ contributions to society as part of its calculus to invest. Some have accused Mr. Fink of straying into the world of politics, others praise what they consider a bold and laudable move.

But the question remains: How can business leaders address pressing social issues without veering too far from their core mission or alienating a substantial segment of their investors or customers? In search of answers, my colleagues at APCO Worldwide recently conducted an extensive survey of 1,000 of the nation’s most informed (and influential) consumers about their opinions on corporate advocacy. This was not a general public survey. We sought out people who pay close attention to corporate practices and act on this information (via boycotts, reaching out to elected officials, social media activism, etc.).

The results? An overwhelming majority of respondents (93 percent) believe the best companies do good for society while also creating profits for shareholders. Eight out of 10 respondents (82 percent) said it is better for a company to take a stand on a social issue because it’s “the right thing to do,” with only 18 percent saying because it has a business impact.

What “the right thing” is, of course, is a judgment call. But some things are clear. First, start close to home — 94 percent of respondents agreed that a company that goes above and beyond in how it treats its employees probably goes above and beyond in other aspects of its business. But that doesn’t exclude societal obligations—90 percent said they expect business to be involved in addressing society’s most pressing concerns.  Companies that remain on the sidelines run the risk of being seen as out-of-touch, or worse, callous.

When a company addresses larger societal issues it’s wise to stick to what you know. Recognize and embrace your strengths. Airbnb, for example, has launched a platform called Open Homes for housing refugees, disaster victims, the homeless and those who travel for medical needs. Apple has pledged to invest $1 billion to create and support advanced manufacturing jobs in the U.S. Similarly, Google has committed $1 billion in grants to train U.S. workers for high-tech jobs.

But you needn’t be a multibillion-dollar public company or tech giant to become a societal stakeholder. What began as TOMS Shoes in 2006 — a company that matches each pair of shoes purchased with a donated pair for a child in need — has since helped restore sight to nearly a half-million people, provided safe water in six countries, and safer births for more than 25,000 mothers.

Expectations have never been higher for companies to address some of the most salient social, environmental and political issues of our time—88 percent of respondents said that solutions to society’s greatest problems will rely on the resources and innovations of businesses. Smart companies are addressing the needs of their current workers, future workers and the society as a whole.

Much has been written about the purpose-driven company — driven to do good for employees and customers — but our research indicates that the best companies are taking steps to become societal stakeholders — companies that factor the well-being of society into their everyday business decisions.

As BlackRock’s Mr. Fink recently wrote in an open letter to CEOs, “To prosper over time, every company must not only deliver financial performance, but also show how it makes a positive contribution to society. Companies must benefit all of their stakeholders, including shareholders, employees, customers, and the communities in which they operate.”

Wise words. And worth bearing in mind as business leaders return home from Davos and begin — or in many cases, continue — the challenging but rewarding work of “creating a shared future in a fractured world.” 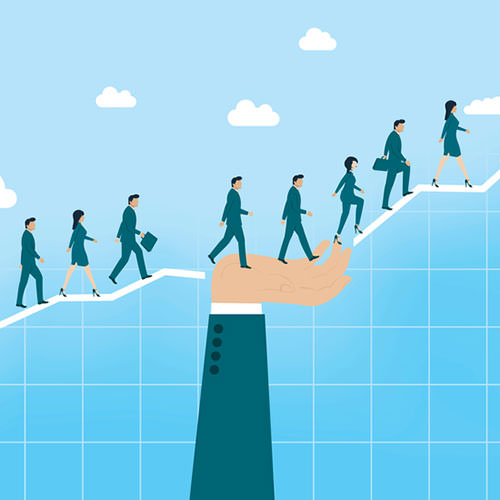