It is a busy time for antitrust and competition policy, with major new laws hitting the statute books and enforcers vying to outdo each other in severity in Washington, Brussels, Beijing and London. The talk is all about paradigm shifts, tougher rules and bringing big tech to heel.

The start of 2022 has been rather busy in the antitrust space in Washington. We expect lawmakers to continue their major fight over antitrust bills meant to rein in big tech before the midterms in November and for the executive branch to continue focusing on monopolies, concentrated corporate power and current enforcement levels of antitrust laws.

In Congress, there are bipartisan efforts aimed at addressing anticompetitive mergers, preventing conflicts of interest, and preventing large platforms from giving their own products and services preferential treatment. Two bills in particular have gained momentum this year: the American Innovation and Choice Online Act, which would prevent tech platforms from favoring their own products or services, among other issues, and the Open Apps Market Act, seeking to require the dominant app stores to make it easier for developers to distribute their apps and connect with their customers. The former has gained considerable momentum and recently received an endorsement from the Department of Justice stating that, “the Department views the rise of dominant platforms as presenting a threat to open markets and competition, with risks for consumers, business, innovation, resiliency, global competitiveness, and our democracy“. With a busy floor schedule and not a lot of time before the midterms, there is little margin for error if Congress wishes to pass these bills.

From the executive branch, the White House made headlines in early February when they stated that it supports the “bipartisan progress being made in Congress” on reining in big tech through antitrust efforts led by the new Federal Trade Commission chair Lina Khan and the head of the Department of Justice Antitrust Division, Jonathan Kanter. Both are seen are strong antitrust enforcers who can help the administration with its ambitious effort to reorient federal antitrust policy and enforcement.

In Brussels, competition policy has been dominated by debates on the Digital Markets Act (DMA), a proposed regulation aiming to increase fairness and contestability in digital markets seen as controlled by large, powerful tech companies acting as gatekeepers to unfairly shut out competitors.  January kicked off with negotiations to reconcile differences in the legislative texts proposed by the European Commission, the European Parliament and the Council. A flurry of public affairs activity engulfed the Brussels bubble and the major European capitals, with widely opposed views, perspectives and suggestions for who and what should be included in the new regulatory framework, as well as who should enforce it. At the end of March, these three institutions reached political agreement and the final text is expected any day now. The DMA has been debated, negotiated and agreed relatively quickly by European legislative standards, taking fifteen months from tabling to political resolution. If all goes according to the institutional plan, the DMA should enter into effect later this year, while substantial changes in digital markets could come as early as 2024.

Data collection and use remain a priority and are covered in the DMA, as well as in the new Data Act proposed in February. The Data Act would provide that users of connected devices have access to data they generate, often exclusively harvested by manufacturers, and be able to share those data with third parties that provide aftermarket or other data-driven innovative services.

The end of March also brought news that the Commission will embark on a review of the fundamental rules setting out its competition enforcement powers and procedures to ensure they are fit for tackling fast-moving digital markets. This likely means enforcers will seek to become more agile and could introduce sweeping changes to the burden of proof, interim measures, and the cooperation mechanism between the Commission and national competition authorities, including on investigation and fact-finding.

The UK, now outside the EU, should not be forgotten as its enforcement agency, the Competition and Markets Authority, positions itself as even tougher than Brussels, recently banning a merger (Cargotec and Konecranes) which had been approved by the European Commission.

Recent antitrust enforcement has mainly targeted domestic platforms and internet companies. This includes the decision to fine Alibaba, Tencent, Bilibili and others RMB 500,000 (~USD 78,748.60) per violation for failing to make proper filings regarding M&A transactions dating back many years. The anti-monopoly rules are likely to continue to be applied in 2022 to tech companies in the payments and finance sector.

Foreign companies are unlikely to be targeted at the moment but need to watch the development of enforcement trends closely. The promulgation of other relevant laws such as the Data Security Law and Personal Information Protection Law also suggest that MNCs need to take a holistic assessment by incorporating data elements into the deal process.

In conclusion, heightened vigilance is necessary as new antitrust laws are introduced around the world. They deserve constant attention in their own right, and as part of a wider ensemble of trade and industrial policy instruments redefining international commerce in an era shaken by America First, Brexit, Covid 19, Digital Revolution and European War. This alphabetical sequence is unlikely to end there… 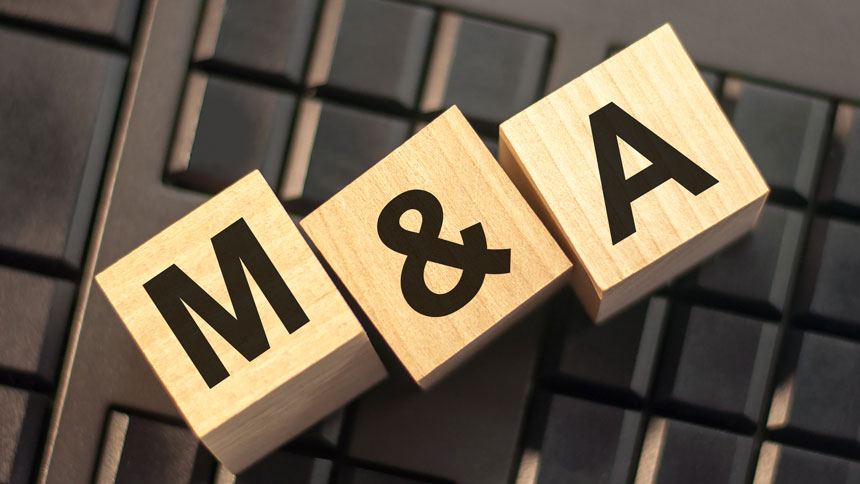