Covid has changed our lives forever.

How did the GCC countries, Saudi Arabia, the UAE, Bahrain, Qatar, Kuwait and Oman, consolidate their tourism offer while being locked in for over a year?

In the UAE, Dubai tops the list for most international travelers. The city has always prioritized tourism, and it announced its tourism strategy, targeting 25 million visitors annually by the year 2025.

The city never lost its sight on this ambition. It became amongst the first to open its doors to international travelers. It was admirable to see the Covid airport testing facilities complementing the speed at which Dubai announced new regulatory measures for the hotel sector.

UAE’s capital, Abu Dhabi also, kept its eyes on its Tourism Strategy 2030 which focused on the growth of leisure, MICE events and sports tourism, with the overall aim of attracting 23 million tourists annually by 2030. In fact, consistent focus on travel safety and health measures have given a halo to both the UAE cities in the tourism circles.

The Kingdom of Saudi Arabia, a rather late entrant to the tourism industry, has been working extensively towards expanding tourism in all aspects; religious which was a natural forte, adventure, cultural and traditional.

As a part of Saudi Arabia ‘Vision 2030’ reform agenda the nation has set a target of attracting 100 million visitors by 2030. The Kingdom opened its doors to international leisure tourism for the first time in 2019, with unexplored destinations adding massive potential to a well-established religious tourism market.

The ambition for Saudi Arabia’s travel and tourism sector is to achieve over 10% of annual GDP by 2030. Saudi Arabia’s hotel pipeline has 150,000 hotel rooms planned to be built by 2022, of which 30% will be government-funded and 70% will be driven by private sector. Investment within the tourism ecosystem is expected to reach USD 213 billion by 2030, targeting 1 million new jobs.

Underlining the Saudi effort has been consistent global engagement – whether at tourism events or social media advertising.

Similarly, the biggest hype in the region has been for the upcoming FIFA World, and the host city Qatar is all set to welcome visitors from across the world. Bahrain, on the other hand, aims to  14.1 million tourists by 2026. Oman and Kuwait have also embarked on large scale redevelopment plans.

Why are these countries distinct in their efforts to woo the global traveler?

The key has been a focused approach and a deliberate global communication program that supports the robust infrastructure, specialized programmes, and initiatives, and a strategic vision for tourism in place.

The national strategies and agendas implemented by most GCC countries offer lucrative opportunities for business within the sector to expand their offering in the region. By providing an enabling environment and setting the necessary legislation in place, the tourism sector provides a greenfield platform for businesses to flourish.  The governmental focus on private sector participation has been a key driver of growth for these countries. GCC governments are known for their relentless pursuit of the business events industry. With key business events being held in the region, such as LEAP and FII in Saudi, Expo 2020 and the anticipated COP28 that will be held in UAE and a relatively safe geopolitical environment that limits discrimination, the GCC is poised to become a key destination for these travelers.

GCC is also being aided by headwinds, like the new remote working culture that has come to front, the shift to hybrid events and the hunger for social connections.

With an uptick in arrival of the modern traveler embracing the new normal as a part of their lives and venturing into a dynamic touristic era. Heritage sites, religious and spiritual experiences, iconic museums, sprawling shopping malls and theme parks, luxurious hotels, mountain getaway spots, culinary specialties, giga futuristic projects, desert landscapes, theme parks, relaxing beaches, variety of international events and exceptional natural and cultural assets.– GCC is all set to pleasantly surprise and welcome them warmly.  It will be no surprise that, in addition to Dubai several cities from the GCC get ranked in the global rankings of some of the best destinations for the global traveler. 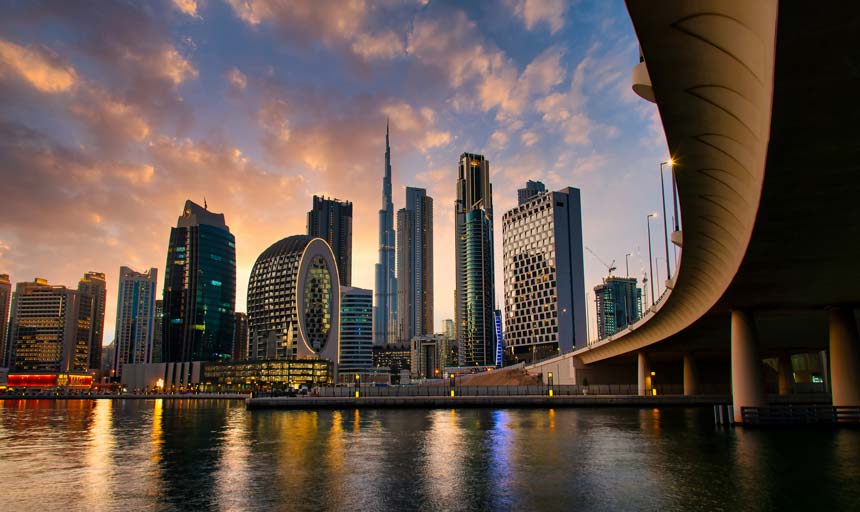