In late May, Theresa May stood in front of G7 leaders and asked them to unite to curb the power of Big Tech. This was backed up by a media offensive. The Times ran with ‘Tough New Controls for Web Giants’. Britain, it said, was to lead the way in internet policing. Other front pages followed, particularly in the wake of terror attacks, with politicians pointing the finger at Big Tech – its seemed a tide was turning. What MPs described as Tech’s collective irresponsibility was threatening to become an election issue and it looked like the government had the upper hand.

At that point, May was sailing. Her all-powerful adviser, Nick Timothy, who held just the kind of paternalistic, interventionist instincts that are so incomprehensible to the First Amendment worshipping founders on the West Coast, also held the pen to the manifesto. Big Tech was worried. It’s largely successful – commercially, if not reputationally – game plan of deferring fundamental change until it is irresistible was under pressure. Even then the big companies knew they held very, very strong cards. May would continue to be heavily reliant on Big Tech companies to help maintain investor confidence through Brexit, and that’s almost as good as a veto, but even so, some inside the larger firms told me there was concern.

That fear has largely disappeared. May was exposed as a poor campaigner. The country didn’t buy her vision. She’s left badly damaged and yesterday’s Queen’s Speech, the blueprint for the next two years of her premiership, contained little for Big Tech to fear. The government has promised a digital charter. For all the initial hype the closest this gets to real teeth is: ‘[This government] will make sure that technology companies do more to protect their users and improve safety online.’ Nothing new. May doesn’t have the backing, time or energy to lead a fight.

So, what is there to get excited about in yesterday’s speech? There’s support for a spaceport. But then that was there in 2016 and is still, at best, years and years away. The push for a charging network worth the name for electric vehicles could be the stand-out initiative from the Queen’s Speech, the thing people always mention when they say ‘it wasn’t all bad’. But arguably the chance to lead the world on this was a few years back, and the roll-out could be as frustrating as smart meters, which got another honorary mention from Her Majesty yesterday. All of it is incredibly vague. That’s why people shouldn’t be so hard on Boris Johnson when he can’t remember what the government has really committed to. How can he be expected to recall what’s in the Queen’s Speech if there is nothing memorable at all? 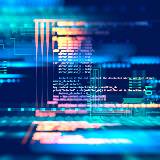