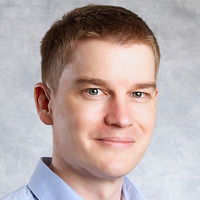 How PRs Need to be Looking Further Ahead

Jolyon Kimble, general manager, Bahrain, is a former political journalist and a communications expert with a specialty in developing media relations and stakeholder engagement programs. He has worked out of London, Brussels, the Middle East and Asia, assisting clients from a variety of sectors including technology, energy and extractive, automotive, food and consumer products, and financial services industries, among others.

Mr. Kimble is a senior member of several major accounts, working on B2B and B2C campaigns, and proactive and reactive workstreams. He has orchestrated and led large-scale Pan-European campaigns for numerous clients, involving multiple offices and often multiple agencies. He is a specialist in organizing integrated communications programs, weaving online approaches with traditional outreach. He has experience working closely with a wide range of media from national news desks through to trade magazines and independent bloggers.

Mr. Kimble spent a large part of 2011 and 2012 seconded to Rio Tinto’s $15bn Oyu Tolgoi project in Mongolia, where he helped develop and execute a new integrated communication strategy for the mine. He handled media relations, crisis communication and issues management, and introduced new protocols and working practices, liaising directly with the CEO, and working across departments such as legal services, operations and finance to ensure accurate and swift message delivery.

Mr. Kimble joined APCO in 2010 following two years working across the Middle East, where he led communication and change management around the restructure of the corporate communication department at Kuwait National Petroleum Company (KNPC). He co-wrote the company’s crisis communication plan, which covered three refineries and was rolled out internally to more than 5,000 employees, and project-managed and wrote the Gulf’s first Global Reporting Initiative-compliant CSR report for the company.

Mr. Kimble was previously editor of the global government relations magazine Public Affairs News and was chief political correspondent for the website ePolitix.com. He has interviewed more than 100 leading parliamentarians and newsmakers for political magazines including The House Magazine and Europe-based Parliament Magazine.