It has been a buzzword for several years, but the concept of Europe’s ‘strategic autonomy’ has really gathered more attention over the last months in light of the COVID-19 crisis – adding flesh on the bones of the ‘geostrategic European Union Commission’ that President Europa Ursula von der Leyen had called for upon her appointment.

Sabine Weyand, a senior bureaucrat of the European Commission and responsible for trade, recently defined ‘open strategic autonomy’ as the European Union’s ability to pursue its interests and values without having to choose a lane between the United States and China. The EU should be able to pursue policies independently, but not necessarily alone. Charles Michel, President of the European Council, said that strategic autonomy must pursue mainly three objectives: stability, disseminating the EU’s standards and promoting the values of the bloc.

Historically, the idea that the EU, with its economic strength, must inevitably start to become a strong actor in its own right and become less dependent on the United States is not new at all. Some argue that strategic autonomy is just the new version of old French protectionism. What used to be known as “economic patriotism” is now being discussed at Council meetings as “strategic autonomy” or “sovereignty”.  Despite rhetoric, however, not much has happened in this regard. So why should this time be different?

For a start, there’s Brexit, which has changed the internal EU dynamic. There are still plenty of EU members who see themselves as more pro-American than average, but the UK was different. The United States itself, particularly but not only under President Donald Trump, has shifted away from Atlanticism to a more Pacific-oriented and inward-looking relationship with Barack Obama’s new strategy of a pivot to Asia during his mandates being a prime example. Finally, the rise of China has made it very clear that the 21st century will be a multipolar century. Therefore, there certainly is a stronger push factor for Europe to start behaving as an autonomous strategic actor.

A closer look at how the idea of EU strategic autonomy is being approached by the Commission and in particular the German EU Council Presidency in different policy areas demonstrates that not only are the various actors of the Union glaringly aware of the need to rethink the EU’s approach to the world – but also that the debate is gaining momentum around key proposals and initiatives. Time will tell whether we are living through a paradigm shift of the European identity – or whether the usual consensus-seeking, compromise prone political discussions of the EU bubble will drown von der Leyen’s geopolitical ambitions.

Both trade and competition have the potential to become key tools of the Commission’s new take on strategic autonomy. Part of the rare sole competencies of the EU, trade policy could become a new instrument of EU power and be utilized to position the EU as its own trading pole, alongside the US and China. At the same time, the EU seems set to abandon its traditional liberal approach to competition to foster the development of European champions. The EU will need to take a stronger approach to influence the global agenda to fit with its own vision of a multipolar, multilateral world – something the Commission, Parliament and Member States seem to have found an agreement for on principle.

The COVID pandemic has been a sharp reminder of the EU’s dependence on third countries to satisfy an essential strategic need: public health. Plagued with issues of shortages, aggressive competition with the US and China over protective equipment and vaccines, the EU has now woken up to the reality of the post-crisis world. The German-French power couple is expending significant resources on influencing the EU’s expanding role in health. While France seems focused on promoting the reshoring of essential medicines production, the German Presidency is keen on taking a broader approach. The upcoming pharmaceutical strategy, set to be published in December 2020, will be critical in developing strategic autonomy in the field of health.

Over the last decade, the EU’s gap in digital autonomy has increasingly widened with the United States – and a new chasm has opened with China. In its 2020 Strategic Foresight Report, the European Commission highlights that ‘open strategic autonomy’ is key to develop the European digital economy, especially on critical future technologies such as 5G and the Internet of Things. In addition, leveraging the potential of European data is seen as key by EU actors to strengthen the EU’s new approach to digital. As such, upcoming initiatives on a common cloud infrastructure, a single data market and the establishment of European data spaces could kickstart the growth of the European data economy. Whether the EU will be able to step up and claim its share of the digital space will be critical if it is to become truly autonomous.

It is now clear that while the semantics of the bloc’s strategic autonomy must be further polished beyond its current vague and ambiguous definition, EU leaders are becoming increasingly serious and concrete in their proposals and political asks. The EU will now need to tackle a new paradox: reconciling its need for increased autonomy without veering into autarkic tendencies, while continuously act as the champion for an open global economy in an increasingly closed world. With all sectors impacted by this strategic shift, all economic actors will need to stand ready to support the Union in its new endeavors – or risk being overcome by the political waves. For companies from all sectors this is something to pay close attention to – in a process starting with the German EU Council Presidency and likely to come together under French leadership in the first six months of 2022. 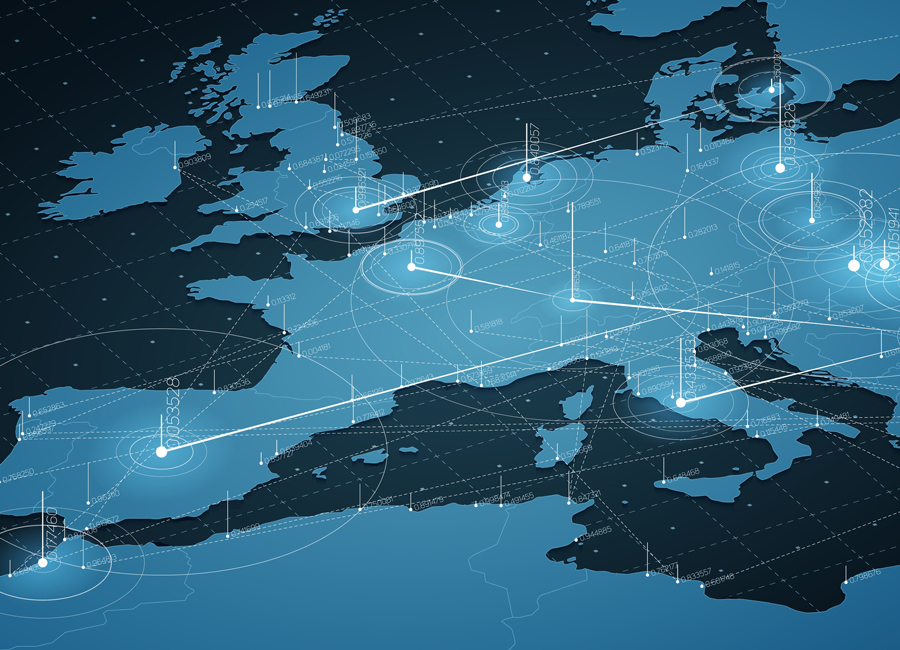