To deliver on thousands of bold targets to halve emissions by 2030 and reach net-zero by 2050 or sooner, companies must now rapidly increase the development and implementation of credible climate action plans.

At the UN Climate Change Conference, COP26, countries will continue to negotiate the intricacies of the goals of the Paris Agreement. COP26 is a marker for success of the Agreement to see if countries are putting forth plans that will align with the Agreement’s goals. These decisions will be critical in bringing us back from the verge of the abyss.

It is also a moment to celebrate a significant mobilization of non-state actors. The businesses, cities, regions and more that are demonstrating the power of collaboration across society through thousands of net-zero commitments that sit alongside the pledges countries have made.

When the festivities of COP26 are complete and the world takes stock of the results of the negotiations, the thousands of businesses that have pledged to be net-zero must be prepared to deliver on their promises in the face of increased scrutiny and pressure.

A tipping point of climate ambition

The COP is an opportunity to raise a company’s profile on climate. To use the main events or many official and unofficial gatherings to meet with like-minded organizations concerned about the future and the need to influence global policy in a climate positive way. A chance to showcase climate leadership and learn what it will take to deliver robust and credible climate action.

The Race to Zero, the campaign backed by the United Nations Framework Convention on Climate Change (UNFCCC), will feature prominently at the heart of non-state actor mobilization, demonstrating a significant signal of ambition. A tipping point expected to accelerate climate action.

The campaign, spearheaded by Nigel Topping and Gonzalo Munoz, the High-Level COP Champions for COP26 and COP25 respectively, has mobilized a coalition of leading net-zero initiatives to generate commitments to net-zero 2050 or sooner. Businesses, large and small stand alongside cities, regions, investors, and Higher Education Institutions all committed to reducing their emissions in line with what the science tells us is needed if we are to limit the worst impacts of climate change. Post COP26 the campaign aims to evolve its role to accelerate action through “the creation of verifiable plans; tracking action and measuring impact; encouraging positive policy to ensure integrity; [and] Supporting members and holding them accountable to their commitments.”

What will this mean for the thousands that are part of this campaign?

The decade of action and accountability

In the short-term, COP28 in 2023 is another important milestone on the climate action calendar. COP28 is the Global Stocktake, a process for taking stock of the implementation of the Paris Agreement to assess the world’s collective progress towards achieving the Agreement’s goals. For many organizations, this represents the chance to accelerate action from business, to use the event and the interim time to honor and promote the leaders (the carrot) or hold to account those that are falling behind (the stick).

Companies are (or should be) preparing for new legislation, reporting standards and pressure from all sides to deliver on the climate commitments they have made. We have seen the UK’s Green Finance Roadmap set new sustainability disclosure requirements designed to “weed out greenwashing”. The Securities and Exchange Commission (SEC) is upping the anti on mandatory reporting in response to the increased focus on Environmental and Social Governance from the Biden Administration. Investor mobilisation, coming from campaigns such as Say On Climate backed by the Children’s Investment Fund Foundation (CIFF) and CA100+, will focus on guiding investor decisions based on a company’s climate progress.

To give confidence to stakeholders and customers that they are serious about climate action, businesses are developing comprehensive climate action plans. A detailed framework to deliver and disclose emissions reductions in line with their goals. Earlier this year, Unilever was the first to voluntarily put its plan to a shareholder vote—many more have and will follow suite.

What does a good corporate climate action plan look like?

There are some emerging rules around the crucial elements of a corporate climate action plan.

The Race to Zero has already identified a starting point through its minimum criteria that sets benchmarks for best practice on target setting.

Companies can look to benchmarks for best practice, such as the CA100+ Net-Zero Company Benchmark that “resets and clarifies investor expectations of what the focus [listed] companies must do to align with the goals of the initiative, while providing a mechanism for tracking progress.”

Ceres, a member of CA100+, have provided investors with a Guide to Corporate Greenhouse Gas Commitments that will help them “understand and have the confidence to engage companies on corporate climate commitments.”

The United Nations called for a “Decade of Action” to solve the world’s biggest challenges. For climate this means pursuing all credible opportunities to halve global emissions by 2030. Many of the building blocks for businesses to develop plans and grasp opportunities already exist—although there will need to be increased consensus and guidance on what “good” really looks like. The coming years are a crucial time for state and non-sate actor collaboration to define the blueprints for climate action plans that can fuel the Decade of Action and accountability. 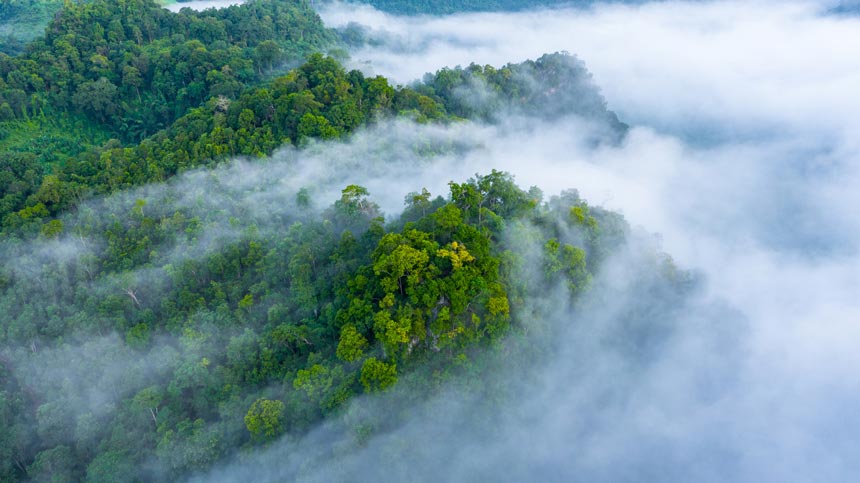