On 31 January the UK (finally) formally left the EU. The ratification of the Withdrawal Agreement that Boris Johnson negotiated with the EU last October 2019 means little changed overnight: so far Britain has only made an “Institutional Brexit,” transforming the UK into an EU rules taker until the end of 2020.

But with the UK Prime Minister adamant that he wants to conclude the next phase of negotiations on the future trading relationship by 31 December 2020, this leaves an unprecedentedly short period to avoid a cliff-edge “hard” Brexit. As the phase 2 negotiations kick off, APCO’s team in London, Paris and Brussels examine the negotiating positions of the UK and EU, and the prospects for a deal.

Three key political changes must be considered by economic actors in this transition from “phase 1” to “phase 2” of the Brexit negotiations:

1 – Brexit phase 1 was a “divorce phase” whose topics (money, citizens and the Irish border) were somehow easy to identify (if not to fix). The negotiations were led by lawyers and concluded by a quite general “political declaration.” In contrast, the phase 2 negotiations and outcomes are much more open and will shed light on Member States’ differences. They will be led and influenced by political and economic actors wishing to promote their interests in the design of the future EU-UK relations—it will be an appropriate time to analyse decision makers’ positions and engage with them with a view to shaping the contours of the final trade agreement between the EU and the UK.

2 – Phase 1 of Brexit was managed by the Westminster and Brussels “bubbles,” given the technical nature of the divorce deal and need to have it ratified by two parliaments only, in London and Brussels/Strasbourg (and of course the EU Council as well). In contrast, Brexit phase 2 negotiations cover a wide range of issues which are regulated at EU level (e.g., trade, fisheries) but also at national level (e.g., transport, investment). The monitoring and ratification of some elements of the coming UK-EU deals will therefore involve many more actors, under the control and influence of national parliaments and stakeholders.

3 – The timing and sequencing of Brexit phase 1 were quite long and (unexpectedly) flexible, with two years of scheduled negotiations followed by several extensions. By contrast, the timing of Brexit phase 2 appears to be extremely short and the sequencing unclear: if no further extension is requested by the UK side before the end of July 2020 (and they have firmly excluded it), the EU and the UK will have to conclude and ratify global and specific deals on some issues by the end of 2020 (e.g., trade and fisheries) but also to postpone other deals (transport?) to 2021 or beyond. The shaping of this phase 2 sequencing is then another key challenge for business in both the UK and EU27, given potential impact of a poorly managed/cliff edge Brexit.

The View from London – Burhan Al-Gailani

“Get Brexit Done” was the rallying cry which propelled Boris Johnson’s election victory. This year his overriding focus will be to ‘conclude’ Brexit with no extension, to exert maximum pressure on the EU27 to make concessions and enable his Government to move on to domestic priorities.

The UK will approach phase 2 very differently from last time. Back then, Prime Minister Theresa May and Olly Robbins, her chief negotiator, saw Brexit as a problem that needed to be managed. The Cabinet and Whitehall were also split on the level of friction the UK was prepared to tolerate at the border, reflecting wider divisions in Parliament and the country.

Now Ministers accept that some friction will be necessary for Brexit to be worthwhile, and that trade will flow less freely than before. And thanks to the Government’s large majority, this vision of Brexit will not face significant challenge in Parliament, unlike last time.

Despite some tough rhetoric from the Chancellor Sajid Javid (since tempered at Davos), the UK is not planning to take a blanket approach to this. It plans to seek closer alignment in exchange for higher quality access to the EU single market in some areas, and more divergence in others to provide maximum room for negotiating new trade deals with third countries.

Ahead of the expected abolition of the Department for Exiting the European Union at the coming reshuffle, a new “Taskforce Europe” led by the Prime Minister’s chief negotiator David Frost has already been created in Downing Street. An early task has been to assess the trade-offs inherent in seeking more sovereignty on the one hand or minimising economic disruption on the other, and presenting the Cabinet with options.

Concrete decisions have yet to be taken, but overall the UK is looking to take a sector-by-sector approach, pinning down basic foundations in certain critical areas by the end of this year ahead of further more detailed agreements in the future.

As far as possible, the UK wants to frame 2020’s talks as a technical process, within the Commission’s competence, and therefore not requiring ratification by EU27 national Parliaments. In addition to making the self-imposed 31 December deadline easier to meet, this should also further reduce levels of domestic political scrutiny and pressure around Brexit.

However, the implications of the UK’s overall approach to phase 2 are that any deal agreed this year will necessarily be more focussed on goods, where the EU enjoys a trade surplus with the UK, than services where the reverse is the case. In other words, the future UK-EU relationship will be long way off the comprehensive free-trade agreement that Brexit supporters desire, at least initially, potentially stirring up future political trouble.

But while the UK appears to have a plan for managing phase 2—or at least its first part—it’s (still) not yet clear what substantively the UK wants to achieve from the negotiations.

In that sense Brexit phase 2 is likely to look much like Brexit phase 1: a long, drawn-out and uncertain process, requiring just as much risk-assessment, contingency planning, and engagement as before.

Michel Barnier, who headed the EU’s negotiation team for the first phase of the Brexit negotiations, remains in the lead for the talks on the new trade relationship. There are a few other players on the Commission side as well—Philip Hogan, the Irishman now in charge of the trade portfolio, was an important influence during the initial negotiations and now formally has a key role; Barnier’s deputy from the first stage, Sabine Weyand, is now Hogan’s chief official in her new job as Director-General.

The EU has made it clear that it wants the future relationship to be an Association Agreement, the EU’s standard off-the-shelf model treaty with third countries such as Norway, Turkey and Canada, rather than the unsatisfactory patchwork of treaties where it has landed with Switzerland. Association Agreements can have a lot of flexibility for future development; if the UK wants to take a different approach, it will need to come up with its own proposal (which will be tested by the EU side against EU law).

The EU is not especially happy about the abbreviated timescale proposed by the British. Most in the EU27 would have preferred more time, given that roughly a year has already been lost to the successive Brexit postponements, and considering the complexity of the issues that need to be resolved. But in the end, it is a British decision to make.

British sources have hinted that their strategy for the second phase will include playing member states off against the Commission, and threatening a quicker deal with the USA. The EU view is that the Trump administration has not yet proved a reliable negotiating partner for anyone, and it is unlikely that the British will be the first exception. And how can the British, now that they are outside the system, credibly tempt EU governments to break ranks?

The Commission will strive in any case to avert and fragmentation, by ensuring that member states are fully integrated into shaping and implementing the negotiating mandate. An Association Agreement would require ratification by all EU member state parliaments; from the Commission’s point of view, that is an important element of maintaining trust, even if it comes with some political risk (the EU’s agreements with Canada and Ukraine were delayed respectively by problems with the Walloon region of Belgium and the Netherlands).

Eyebrows have been raised in Brussels and Dublin at British insistence that there will be no checks on goods travelling between Northern Ireland and Great Britain under the terms of the Brexit deal. In fact there are already checks on the transport of live animals from Northern Ireland to England, Scotland and Wales. A plain reading of the text of the Withdrawal Agreement indicates that there will need to be administrative checks at ports on the eastern shore of the Irish Sea, and British suggestions to the contrary are not helping to build trust.

The EU remains sensitive to Boris Johnson’s 2016 assertion that “our policy is having our cake and eating it.” Continued free trade and market access will depend on the UK accepting a “level playing field”, in other words, not diverging from EU regulations and standards for goods. Otherwise the UK could have access to the EU single market while at the same time undercutting the EU’s standards. At the same time, the UK’s desire for divergence is accepted; the point is that it comes at a cost. 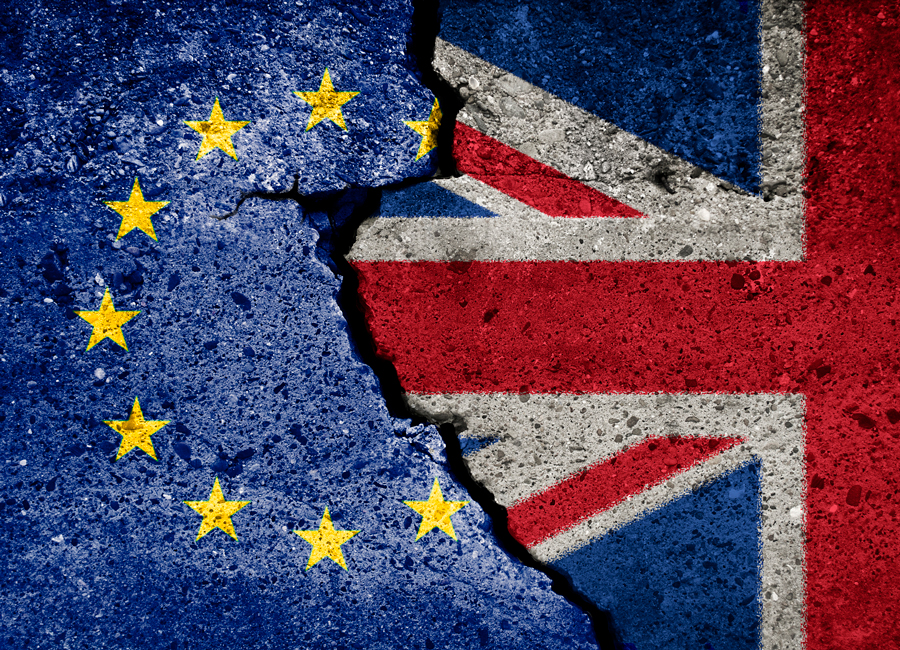