The 2020 U.S. election will have profound and possibly irrevocable implications for the global order. Its significance is reflected in recent global polling by APCO, which finds large majorities of people outside the United States placing unprecedented importance on America’s ballot. Citizens across geographies anticipated the outcome to be important or very important:

Around the world, unemployment rates, stock markets and global trade and business were rated as the most significant impacts of the U.S. election.

At the same time, international confidence in the U.S. president to “do the right thing regarding world affairs” is at historic lows. A September survey by the Pew Research Center found only 11% confidence among French respondents; 16% in Spain; and 17% in South Korea. Canadians are illustrative of citizens across the Western world.  In 2016, Canadians had an 83% confidence in the U.S. president.  By 2020, that number has fallen to just 20%.  The favorability of America in general has also declined.  In Germany, for example, the favorability of the U.S. has fallen from 57% in 2016 to 26% in 2020.  And according to APCO’s research, only 7% of Germans would look to the United States for leadership on future global crises based on its response to the pandemic.

We are looking at three axes of geopolitics emerging from the U.S. election: global governance, economic-commercial and socio-environmental. On each axis, a Trump victory will convert the black swan nature of his election in 2016 into an enduring trajectory for the decade ahead.  Conversely, a Biden win (enabled by a Democrat-controlled Senate) will boomerang U.S. policy, contorting the pre-2016 global order into the post-pandemic, post-Trump context. Below are my thoughts on potential implications of victory by either candidate.

If Trump wins, U.S. retreat from and defunding of multilateral organizations and agreements will likely continue, including from the UN, the World Health Organization, APEC and ASEAN. According to APCO’s survey, 35% of Americans said the UN isn’t doing enough to help manage the pandemic, and 32% said the same about the WHO. Additionally, China-sponsored concepts of non-interference in the affairs of other nations and “Rule By Law”—as opposed to “Rule of Law”—could go unchecked within the UN system, potentially further diminishing the authority of the Human Rights Council.  The United States may continue investment in its military capabilities, with particular focus on the Indo-Pacific and East Asia theater, as well as its nascent Space Force. Finally, unilateral response to U.S. COVID-19 vaccine and pandemic recovery would alienate allies and harm future global pandemic preparedness efforts. Twenty three percent of Americans found it unlikely that the pandemic will increase cooperation between countries.

If Biden wins, there will be tepid revitalization of U.S. leadership within multilateral institutions. There’s potential for reemergence of a trade-free, TPP-style Asia-Pacific alliance designed to bolster U.S. economic and political power in the face of China. Also likely is reengagement by the United States in defense alliances, such as NATO and renewed energy for Five Eyes and The Quad. Additionally, the United States could resume support for democracy building, gender, governance and human rights causes around the world. A Biden administration could potentially lead to the chilling of relations between the United States and Russia. A Biden win could also lead to potential U.S. membership of COVAX and other pandemic relief and vaccine initiatives.

Regardless of who wins, it is likely that China will advance as America’s primary strategic competitor and adversary, with Taiwan becoming an increasingly brittle threat to regional security. United States economic support for “non-aligned states” in Eastern Europe, Latin America and East Asia will likely continue or increase in the face of mounting Chinese influence efforts. Additionally, the thawing of relations between Israel and Saudi-aligned Gulf nations will continue regardless of who wins.

A second Trump term would bolster geo-commercial (or transactional) approaches to international trade and intensify commerce with governments picking private sector winners and losers and propping up their own domestic champions. The World Trade Organization (WTO) will become increasingly irrelevant in the face of growing disputes between the United States, the EU and China. According to the APCO survey, looking ahead to 2021, 59% of Americans said that the ongoing pandemic will weaken the global economy and 57% said unemployment rates will continue to rise.  Given this pessimistic outlook, there’s a possibility of the growing use of U.S. sanctions and executive orders to punish businesses and commercial entities perceived to be harmful to national interests—increasingly weaponizing U.S. financial institutions to project power extraterritorially. Additionally, immigration restrictions would pressure tech and agriculture industries, among others. That said, further tax cuts may stimulate the economy and fuel stock market performance, but also contribute to escalating economic inequalities, a trend 53% of Americans said was likely in 2021 as a result of the pandemic.

If Biden wins, however, he’ll likely negotiate the roll-back of certain tariffs—depending on benefits to U.S. workers—and make other concessions. Investment in infrastructure and clean energy industries would benefit American businesses, with the introduction of economic incentives linked to policy goals for climate, labor and social justice. A Biden win could also lead to increased public spending on healthcare and education, with benefits accruing to American companies—and reshoring of U.S. healthcare supply chains. A 28% tax rate on U.S. corporations could have a modest chilling effect, but there will likely be a significant pandemic stimulus, including state debt support and possible debt cancellations for individual health costs and living expenditures. Funding for state and city governments will likely be deployed to fill fiscal holes and fund public services.

In both scenarios, the “Tech Cold War” will likely intensify, with U.S. and Chinese-domiciled tech goliaths fighting for supremacy in third-nation markets (think Southeast Asia, Africa and Latin America) and propagating next generation technologies such as AI, additive manufacturing and automation. The definition of national security will continue to expand, excluding foreign investors in a growing number of U.S. sectors, including finance, advanced technologies, biotech, defense and healthcare. The effects of the Fourth Industrial Revolution will accelerate unemployment in manufacturing, retail and other industries disrupted by technology and globalization, while human-centered sectors like healthcare continue to thrive. There will also be a decline in foreign students enrolled in U.S. education sector, with benefits accruing to the UK, Canada and Australia. Finally, U.S. borrowing and budget deficits will likely expand, challenging the U.S. dollar as the world’s reserve currency and accelerating the shift towards digital and crypto currencies.

U.S. energy independence—and an absence of action on climate change—would remain a focus after another Trump win. Natural gas production, exploration and roll-back of the drilling ban in the Arctic National Wildlife Refuge, and support for transcontinental pipelines and export terminals would persist.

In wider society, Trump might introduce new voter verification measures, potentially restricting voting rights. And a Trump win could lead to a decline in federal support for family planning and backing for state-level abortion restrictions. There will likely be new immigration and border security measures and the continuation of private sector participation in prisons, healthcare, immigration services and fresh funding for homeland security and policing.

Biden by contrast will rejoin the Paris Climate Accord, tighten standards for energy and fuel efficiency and pursue carbon-free power by 2035 through investment in new clean energy and sequestration technologies. He will probably expand nondiscrimination laws for the LGBTQ community and potentially introduce an Equal Rights Amendment or other gender and racial equality legislation. A Biden administration will likely use social justice and environmental screens for federal government spending and could introduce reforms to voting rights, the U.S. Supreme Court and the right to statehood/Senate representation for Puerto Rico and Washington, D.C. He may also introduce reform of law enforcement to emphasize community policing.

No matter who wins, there will likely be an expanded use of presidential executive orders to make and redefine policy, and there will be continued acceleration action by large corporations to tackle the climate crisis as well as equity and inclusion. Investment in domestic energy production, particularly renewable and low-carbon energy, will increase as well as investment in global efforts to reduce and clean up ocean waste. Finally, there will be an increasing adoption of technology for service delivery and public security.

In 2016, the American electorate delivered a black swan outcome that has had profound implications for people everywhere. Next week, citizens of the world will be watching with trepidation as that same electorate doubles-down or course-corrects. Their choice will set the trajectory for the post-pandemic global order of the 2020s and beyond. 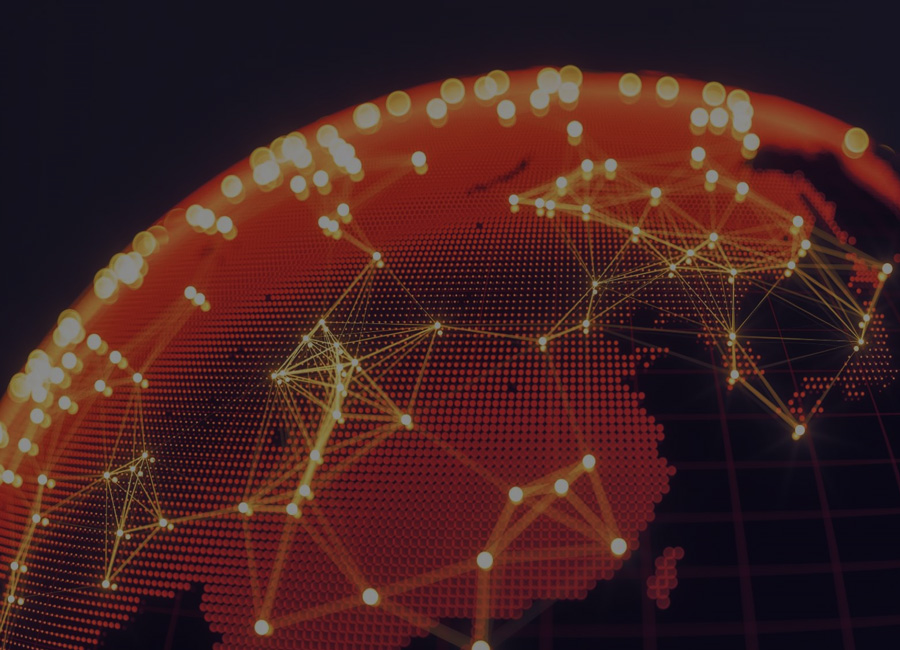