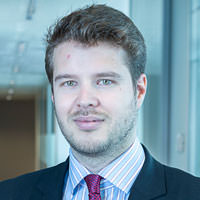 Looking Ahead to 2021: Key Business Sectors and Issues

Robert Kopitsch is a public affairs associate director in APCO Worldwide’s  Brussels office and supports clients in the financial services and technology sectors. He specializes in issues related to capital markets and payments, as well as digital and FinTech regulatory environments.

Prior to joining APCO, Mr. Kopitsch worked for the Austrian Ministry of Finance and the Wirtschaftsrat Deutschland in Vienna, before joining the office of MEP Othmar Karas in the European Parliament. In 2014, Mr. Kopitsch transitioned to the EU liaison office of Raiffeisen Zentralbank (RZB) in Brussels, where he dealt with issues around the implementation and outcomes of financial regulation and EU foreign policy.